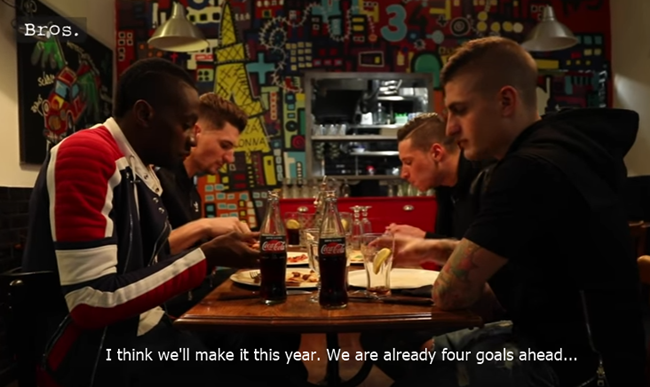 In which we listen in on a quartet of PSG players – Marco Verratti, Blaise Matuidi, Thomas Meurier and Julian Draxler – discussing the prospect of playing Barcelona over a pizza supper, shortly after beating the Catalans 4-0 in the first leg of their Champions League last-16 tie.

The conversation, though while mostly polite and respectful, is in French so you may want to turn on the subtitles to catch some of the following fateful remarks:

We’re gonna have to hold firm. I’m calling it. The first 20 minutes, it’s going to be tough.

For the record, PSG didn’t hold firm for the first 20 minutes and Barca ended up winning 6-1 to send them packing in dramatic fashion.

Hindsight, eh? What a bugger.