Yes, they may have shipped five goals (Iniesta, Alves, Pique, Keita, Xavi) during a Barca blitz at the Camp Nou last night, but for recreational gambling purposes I am forced to believe that Shakhtar will still do those pesky Catalans over on their own patch in a week’s time.

I live in hope. 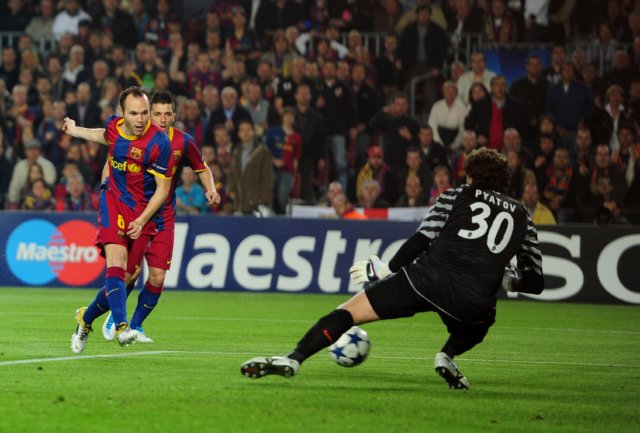 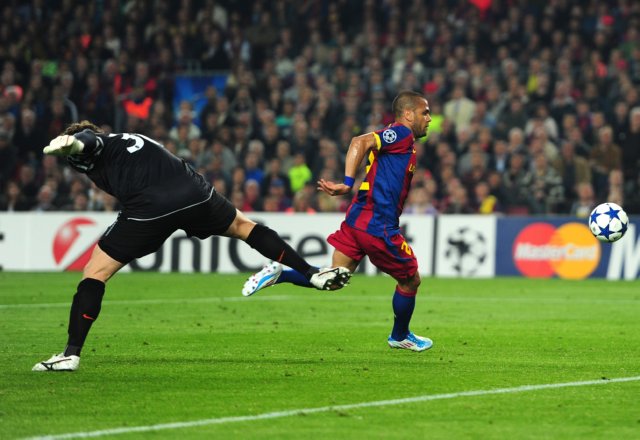 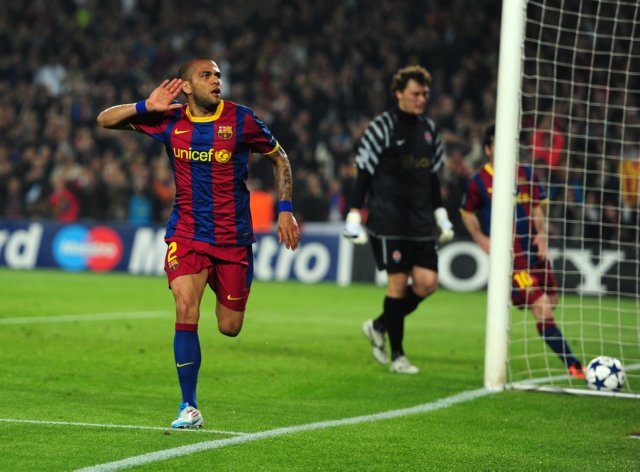 …then peels off to celebrate in front of the home support 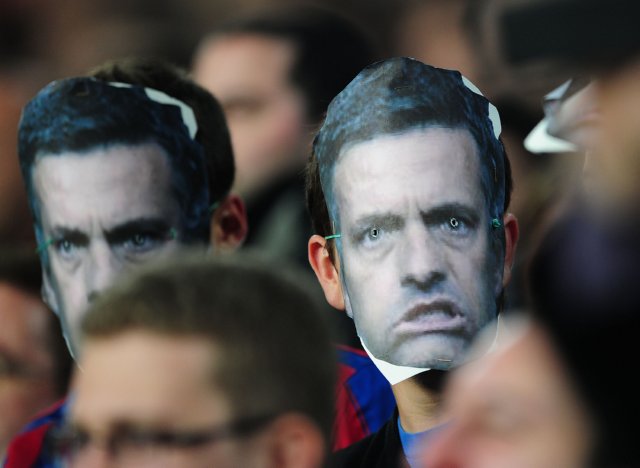 A couple of Jose Mourinhos watch the game from the stands 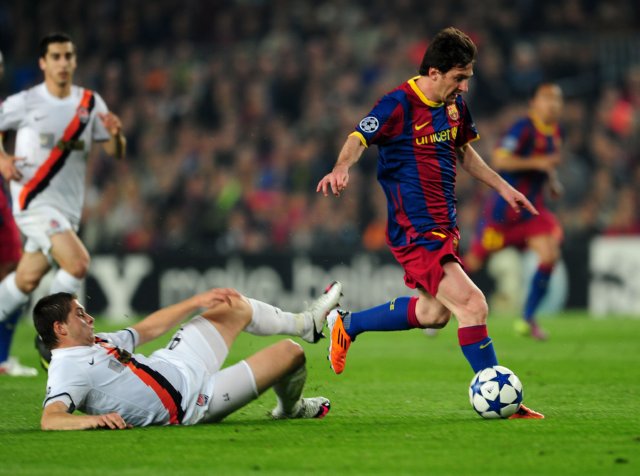 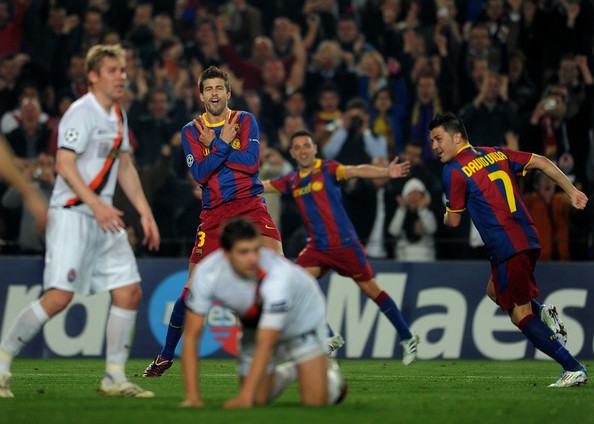 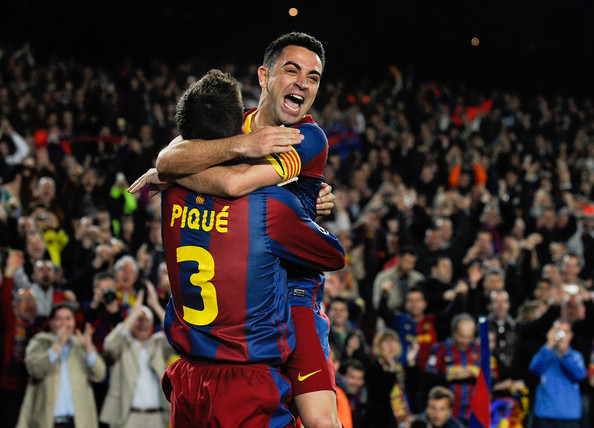 …only to then be ambushed by an ecstatic Xavi 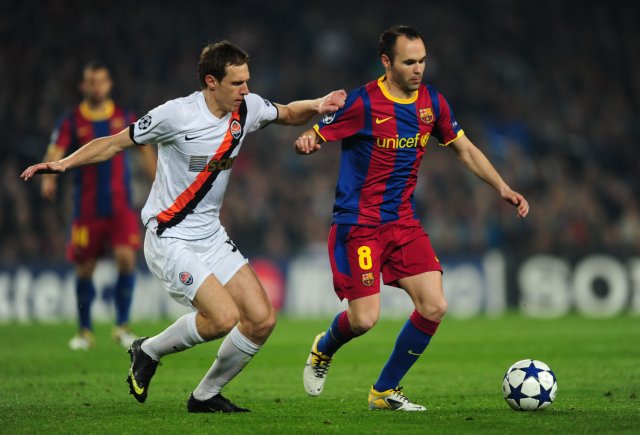 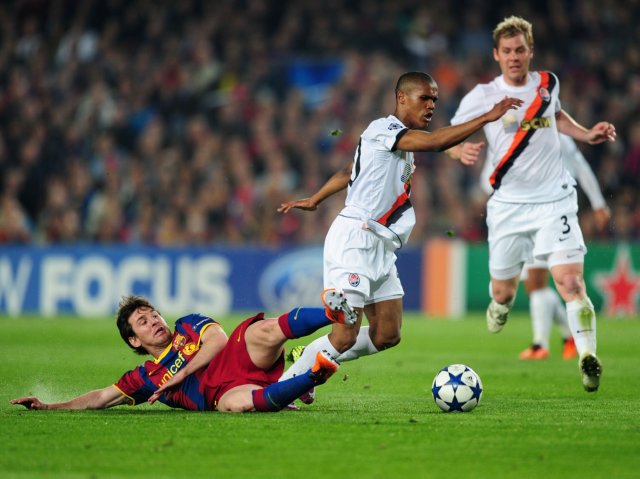 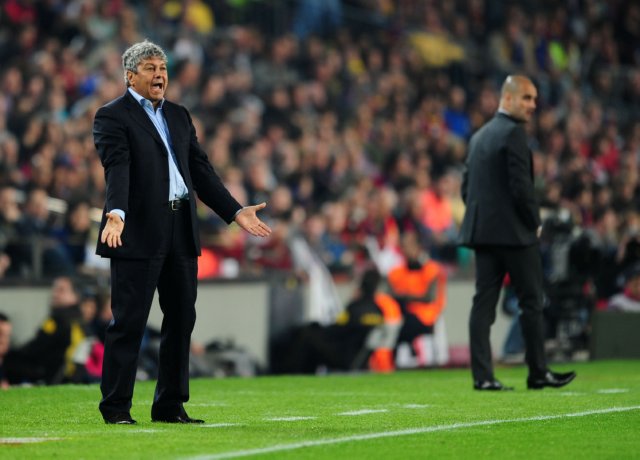 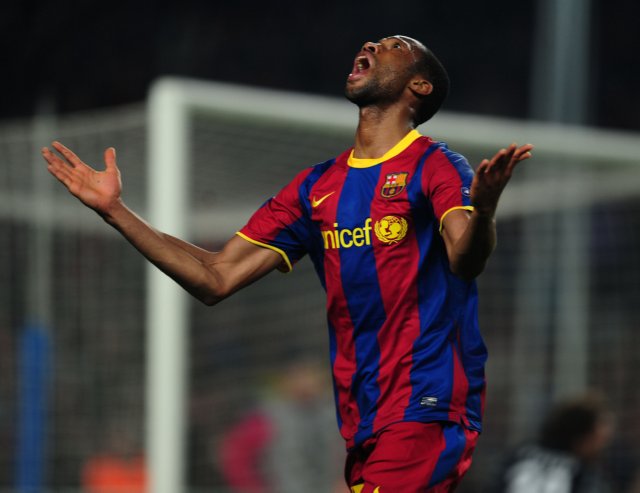 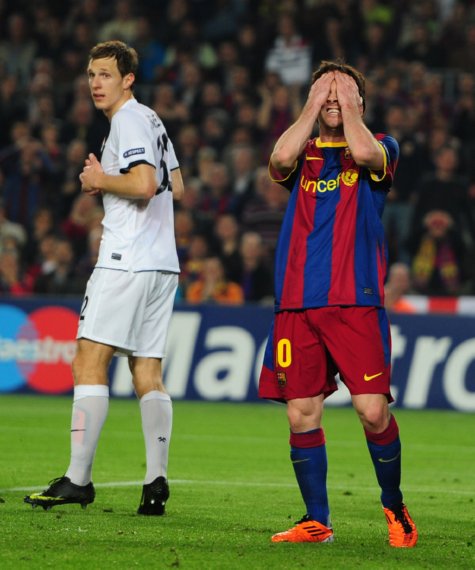 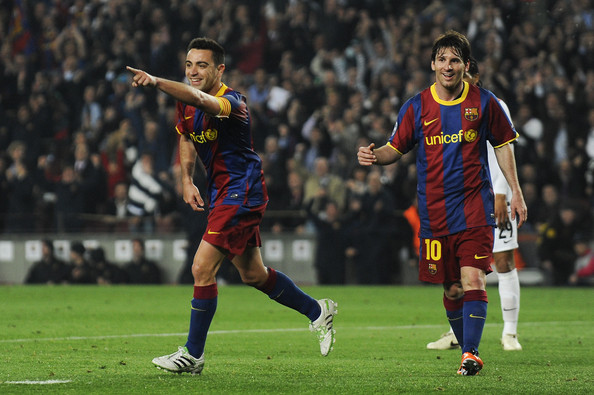 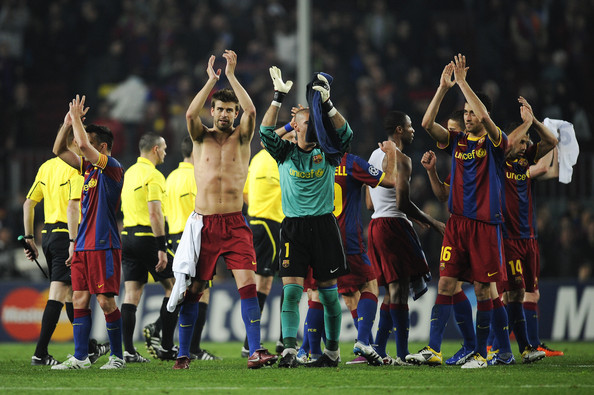