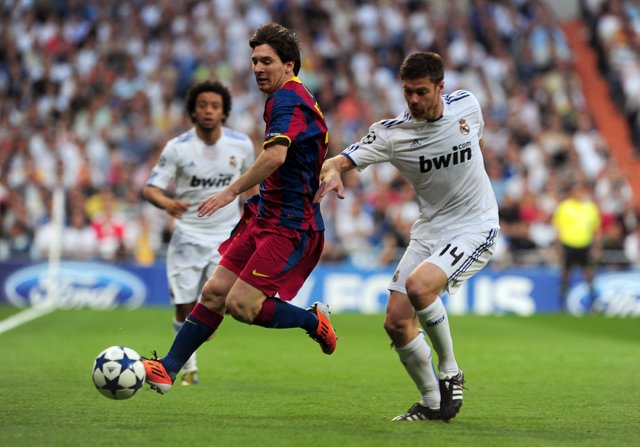 After sorting out an issue with some ridiculously large, screen-blotting subtitles, I took a seat in the local alehouse awaiting a feast of football afore football’s twin behemoths set about each other for the third time in the space of a fortnight though – as tends to happen all too often with these over-hyped Barcelona/Real Madrid games – the match itself was somewhere akin to watching two twin brothers squabble in the back seat of the car for 90 minutes.

Thankfully, Senor Messi pulled goals no. 51 and 52 out of his silken bag (#52 was a work of true beauty, no?) to at least furnish the game with a smidge of grace.

Speaking after the game, Real coach Jose Mourinho – who was sent to the stands for ridiculing the referee’s decision to dismiss Pepe – unveiled his conspiracy theory behind the loss to the baying press:

“I hope that one day [Guardiola] will win a clean Champions League, with no incidents behind it. Today it’s clear that against Barcelona you have no chance.

Barca are now threatening to report Mourinho and Real Madrid to their friends at UEFA. In truth, they’re both as bad as each other – always have been, always will be. Spoilt brats, the lot of ’em. 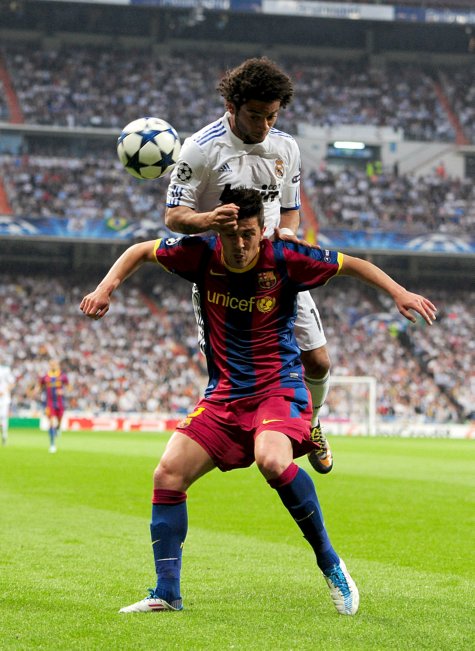 David Villa is buffeted from behind by Marcelo 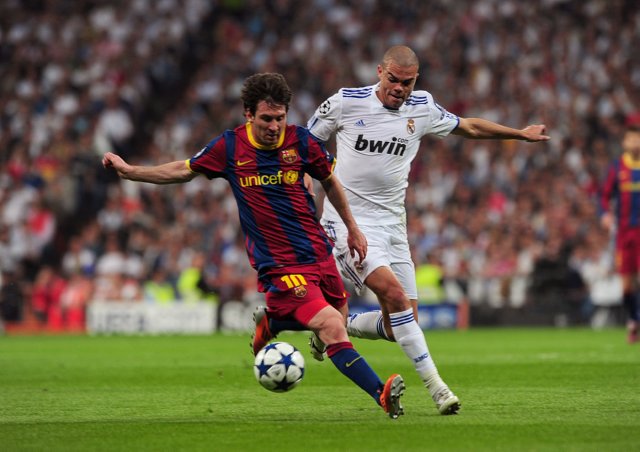 Lionel Messi nips away from Pepe 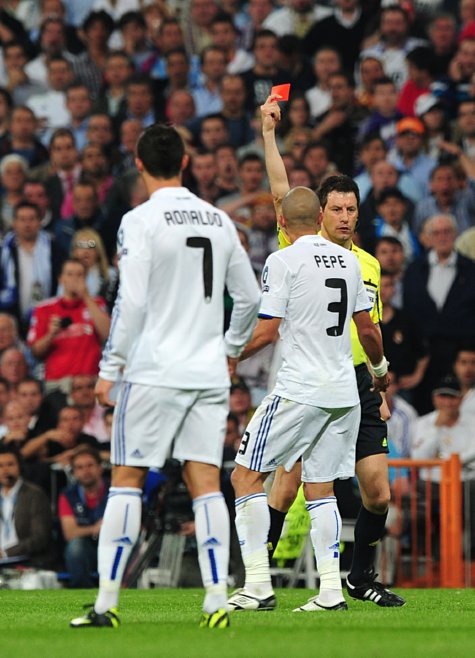 Pepe sees red for a shin-high challenge on Dani Alves, who drove his face into the turf and rolled around in ‘agony’ before being stretchered from the field, despite the fact that almost no contact was made…

…that said, I thought it looked like a red-card offence in ‘real time’ – just because Pepe’s an absolute pig 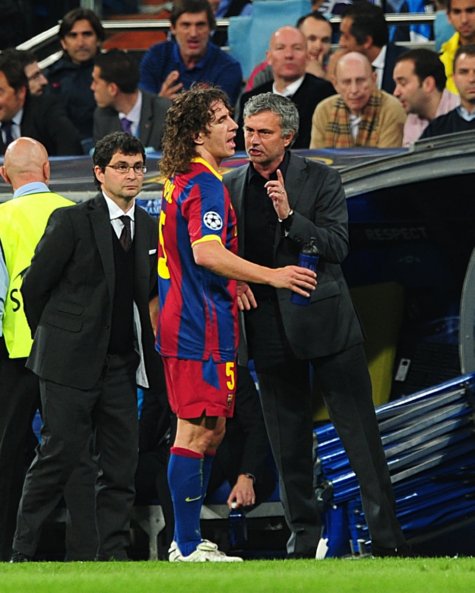 Jose Mourinho has words with Carles Puyol on the sidelines… 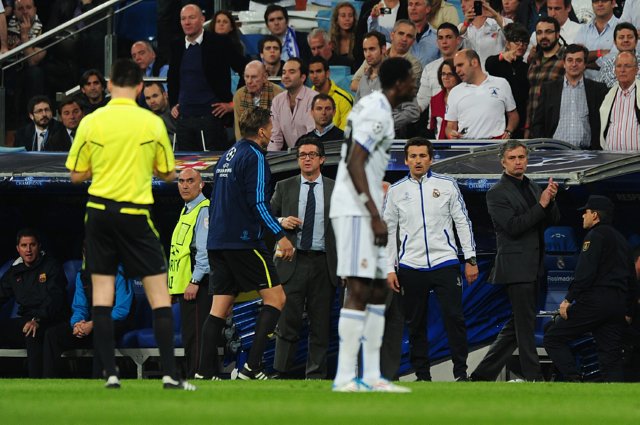 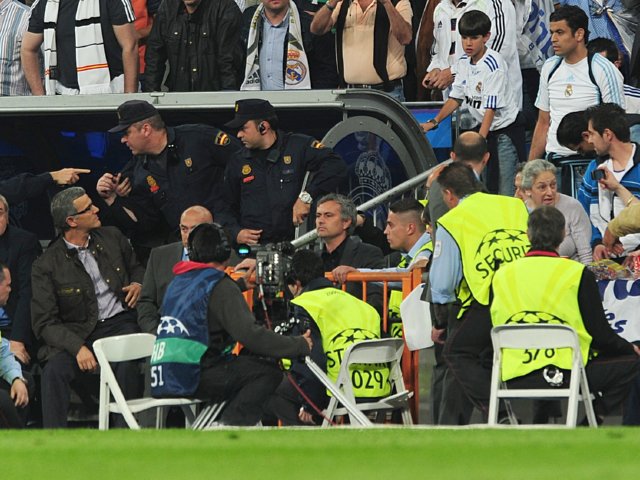 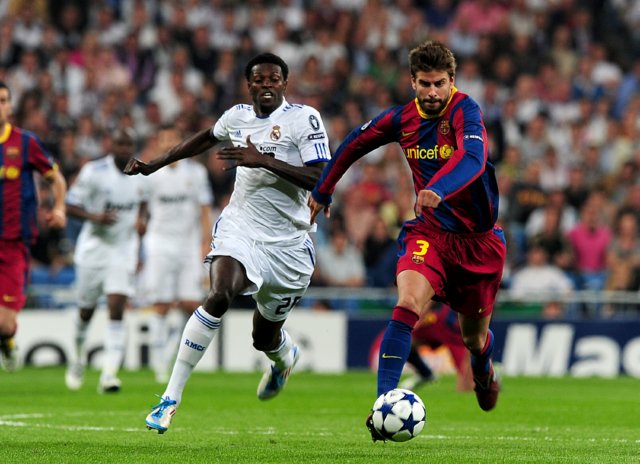 Emmanuel Adebayor and Gerard Pique chase down a loose ball 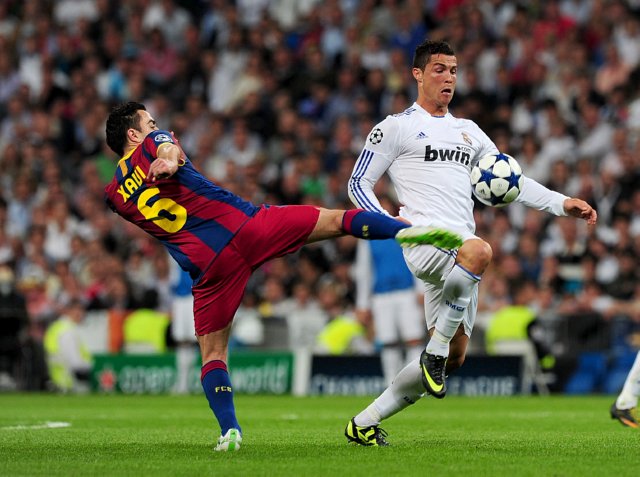 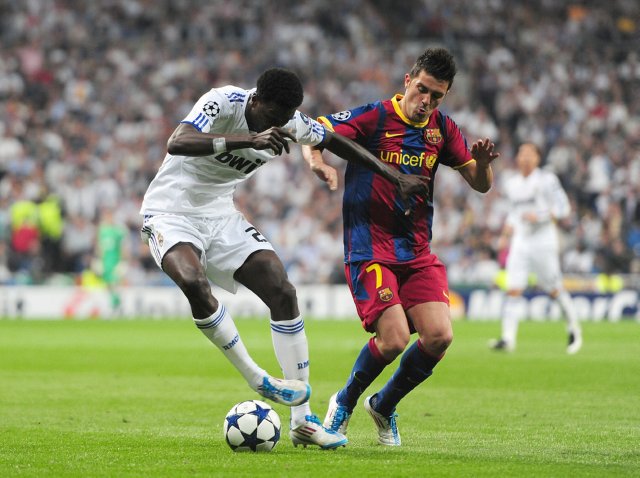 Emmanuel Adebayor steers the ball away from David Villa 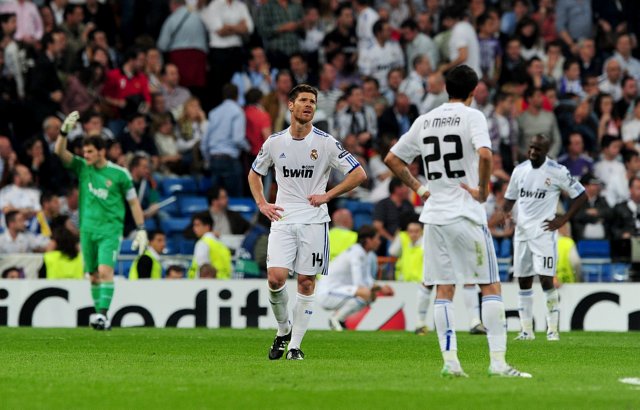 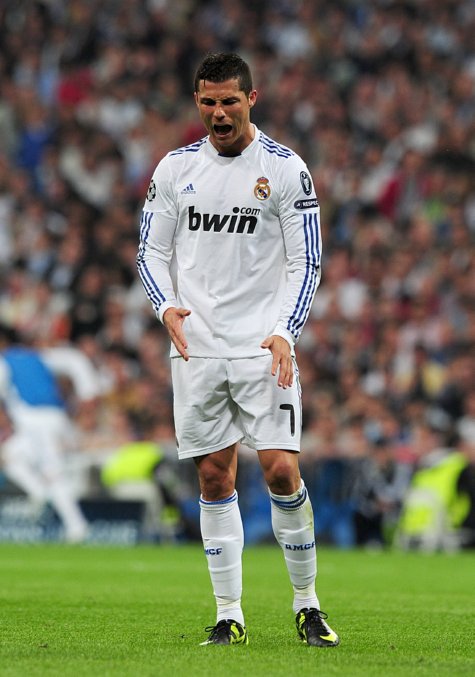 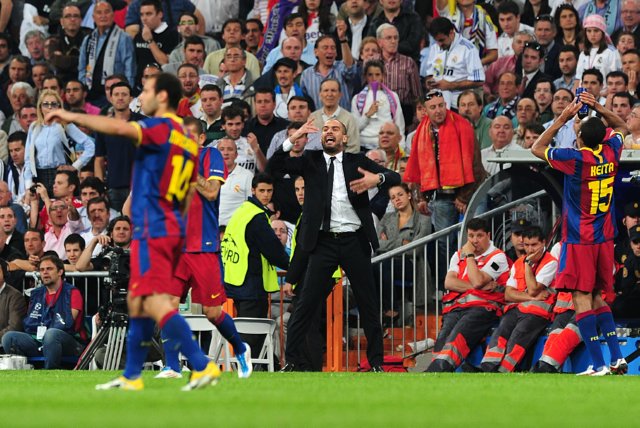 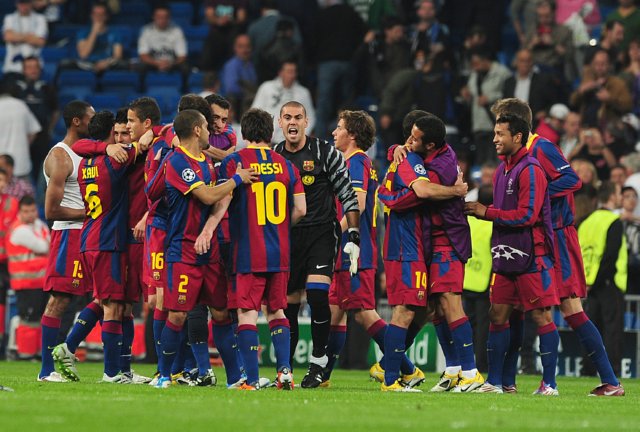 Without wishing to jump the gun, how does a Manchester United vs Barcelona final at Wembley sit with everyone?