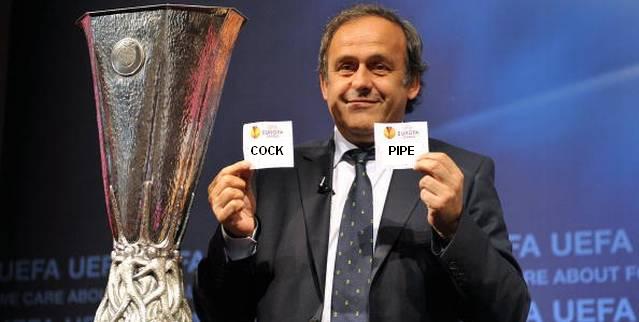 All of UEFA’s perspex balls of destiny have been drawn from their respective goldfish bowls of fate and, as a result, the groups for the 2011/12 Champions League look like this…

Well, Man City’s draw could have been a lot worse with Barcelona, AC Milan and Dortmund being the toughest possible permutation but it’s not as though the balls have been especially kind to them – Bayern Munich are seasoned heavyweights whereas both Villarreal and Napoli are not to be underestimated.

You’d make both Manchester United and Chelsea to make it out of their respective groups alive, but Arsenal have been saddled with a tricky couple of fixtures against Bundesliga upstarts Borussia Dortmund – the only fourth seed team (other than Napoli, who were drawn first) that any of the big boys have genuine reason to worry about. Theoretically at least.

Oh, and Porto are certainly going to be racking up the Airmiles this season, with round trips to Ukraine, Russia and Cyprus to look forward to. Joy.