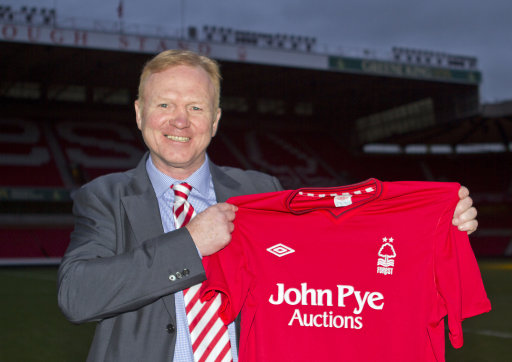 It should come as n surprise to anybody that, after 40 long days in charge, Alex McLeish has been sacked (by mutual consent of course) as manager of Nottingham Forest.

He was never going to be a popular appointment such is his reputation for stodgy football, but a string of decent results/performances or a concerted promotion push would’ve changed that in a heartbeat. Football fans are fickle like that.

Sadly, McLeish was never going to get that kind of time, such is the frantic short-termism that many Championship teams seem to have embraced recently. It really is insane at the moment.

Including Eck, three Championship clubs have changed their manager twice this season alone. Indeed, something like 50% of the managers that started the season have been sacked already and we still have four months of the campaign left to go.

Nigel Adkins is now the bookies’ favourite to try his luck, possibly tempted by the obligatory huge severance package the Al-Hasawis are keen to give away every six weeks – thought we’d totally forgive him for not wanting to answer his phone for the next few days/weeks.