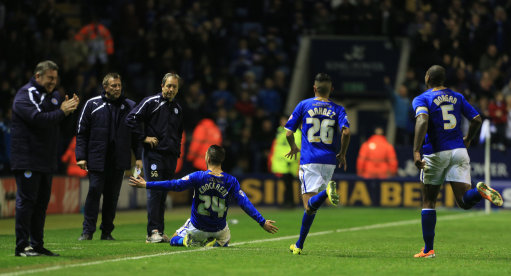 Hearty congrats to Leicester City who, by way of beating Sheffield Wednesday 2-1 on Friday and then seeing Saturday’s Championship results go their way nicely (both QPR and Derby lost), found that their promotion to the Premier League was mathematically sealed come 4:45pm-ish yesterday.

It’s been ten long years since the Foxes were last jettisoned from the top table and, while there’s been an awful lot of mucking about in the intervening decade, they truly are deserving of another tilt at the big time given their almost impeccable consistency this season – Friday’s victory over Wednesday extending their unbeaten league run to 21 games.

As a Forest fan it pains me to say…but Wes Morgan was right all along.