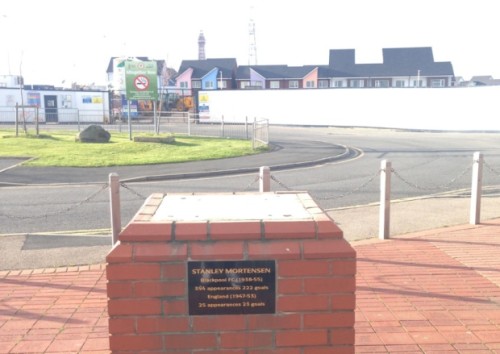 After seeing their plans to protest around Stan Mortensen’s statue nixed after it was mysteriously removed by the club’s much-maligned owners,  the Blackpool fans held up the start of the second half during their final fixture against Huddersfield Town after sourcing themselves a secondary base of operations.

Instead of grouping around the statue’s empty plinth to voice their ire, the Blackpool fans protested en masse in the middle of the Bloomfield Road pitch instead…

Can’t see them moving any time soon. The second half was barely a couple of minutes old

Fans are camped in the centre circle and have let off a flare pic.twitter.com/MNTSYc3IjO — William Watt (@WillWatt) May 2, 2015

Only a small number. Majority applauding Town fans for joining in with chants. — Matthew (@mtthwrks) May 2, 2015

Could all kick-off here. Town fans beginning to invade the pitch pic.twitter.com/HPIFWkPNav

Normally we wouldn’t condone such behaviour, but we’re more than willing to make an exception here given the circumstances.