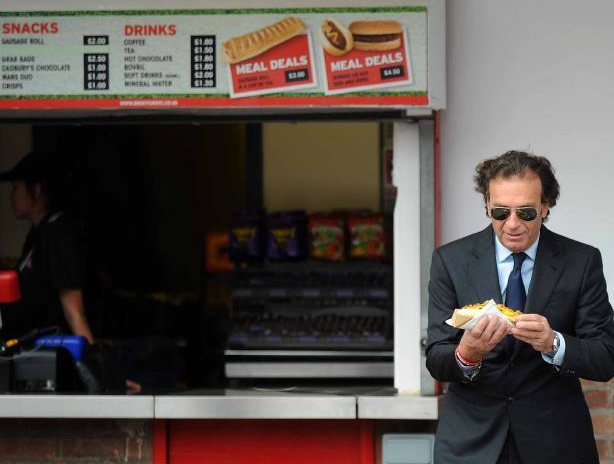 Say what you like about Massimo, but the guy knows a top value meal deal when he sees one!

Just when you think it couldn’t get any more absurd, a Leeds United fan is claiming that he was unofficially put on the club’s payroll with orders to say nice things about widely-despised owner Massimo Cellino on social media.

Scott Gutteridge has alleged that he received £500 per month from an unnamed member of the Leeds hierarchy to work on a pro-Cellino Facebook group called ‘In Massimo We Trust’, which was set up with the intent of altering fans’ general perception of the Italian using positive propaganda.

I was approached because of my IT/website design background by an unnamed member of Leeds United to assist in the creation and running of a group called Cellino In (now known as In Massimo We Trust).

I was told I would receive a nominal payment depending on activity and contribution. It balanced out at £500 per month.

The club felt that a positive influence from a small number of fans could go a long way and sponsoring this group would be worth their time.

According to the Mail, Gutteridge was later dropped from the group after it emerged he was leaking information.

I started to realise what was going on behind the scenes. This was nothing more than propaganda with the wrongdoings being covered up by the club using the Facebook group to counter arguments.

Leeds is a club rotten to the core.

For what it’s worth, a spokesman for Leeds has debunked Gutteridge’s claims:

There is nothing in this. But unfortunately, because of the hysteria surrounding Leeds, groups of fans don’t believe what the club say.

Even still, the Mail then finish up by adding that “a number of other Leeds sources insist Gutteridge is telling the truth”.

The entire club’s become a circus.