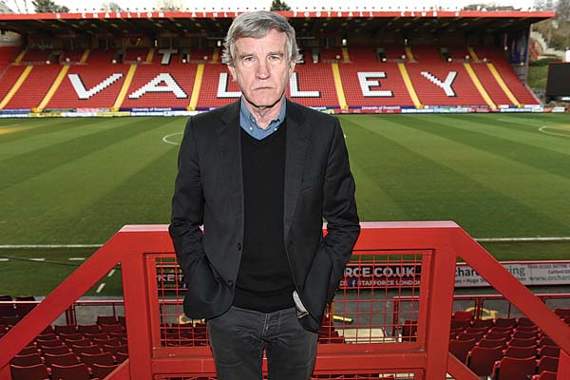 The edict was issued in response to the protests that enveloped the weekend’s win over Middlesbrough, which included a faux funeral procession staged in the streets around The Valley and a volley of beach balls being thrown onto the pitch in the first half.

Charlton’s top brass have come out swinging, asking supporters to rally as the club attempt to stave off relegation to League One while simultaneously accusing certain fans of “wanting the club to fail” in a fairly pithy and notably unattributed statement issued via the Championship side’s official website.

Here it is in full, as it appears on the Charlton site:

Last Sunday, some individuals did not come to The Valley to watch the game and support the team, but came to create disorder on the pitch and interfere with the players and the game. Disorder which is, allegedly, needed to drive change in ownership and management.

Whom would they expect the club to be sold to? How long would a sales process take? Is it easier to sell the club when it is in League One rather than Championship?

Some individuals seem to want the club to fail. This is a confused approach, since following this logic leads to exactly the opposite of what we all want: staying in the Championship.

Allegations regarding the CEO are misrepresented* and are continuously used as a method to discredit and fuel personal abuse, hatred and with a risk to personal safety.

Although certain individuals tell you it does not happen, in recent weeks Roland Duchatelet has met the fans, the CEO has met with several different groups of fans and the communications team have attended several fans meetings. We will continue these meetings and constructive dialogue with fans.

We have 9 games left in which we have to get 6 points more than our competitors.

The team just got 7 points out of 3 games.

We still have the chance to make it happen with the support of the fans until the very last game. We must believe it is still possible. Every football fan knows the 12th man is a crucial factor in the success on the pitch.

The asterisk in the fourth paragraph refers to the controversial speech given by Charlton chief executive Katrien Miere at a technology expo in Dublin during which she referred to football fans as customers – a turn of phrase for which she will obviously never be forgiven.

Handily, the aforementioned Charlton statement includes the full transcription of Miere’s speech as a foot note:

*I think the difference is also because fans don’t see themselves as customers and {…} they go to the restaurants with their families every week and they go to the cinema but if they aren’t satisfied with the product will they go and scream to the people in charge of it? No they don’t, but they do it with a football club and that’s very weird (meaning unique) because they feel a sense of ownership of a football club and that’s a really difficult balance of how you try and engage with fans and make them, incorporated into some of the decisions of the club.

The mind boggles as to why they’d bring that up again unprompted, but hey ho.

Not a lot of anything makes much sense at Charlton at the moment.