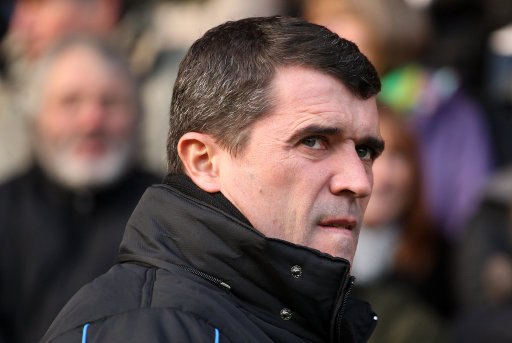 “I find your lack of faith disturbing”

It should come as no shock that Ipswich have, as this morning, respectfully told Roy Keane to ‘stick it up his bollocks’ and handed him his marching orders after a middling year-and-a-half in charge at Portman Road.

Keane had overseen a fairly disastrous run of seven defeats in the Tractor Boys’ last nine league games which has left the club in 19th place in the Championship – just three points above the relegation zone.

So said the man himself, via the League Managers’ Association:

“I’m hugely disappointed to be leaving [Ipswich]. Results haven’t been as good as I’d have hoped so far this season and when results aren’t good the manager gets the sack, that’s the game.

“I have loved my time at Ipswich, living locally to the club with my family, and have a massive respect for the club, its staff, the fans and the community and I wish them well.”