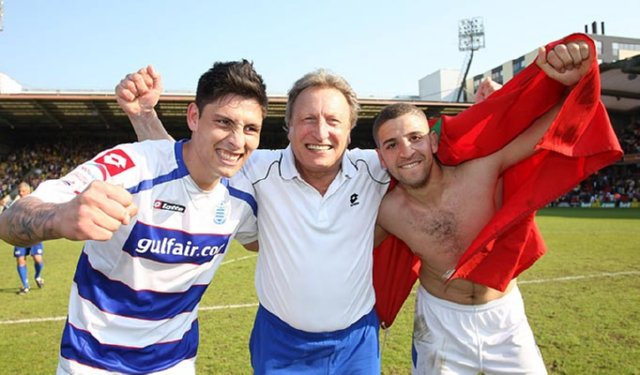 One of these men could end up costing QPR promotion – I’ll give you a clue: it’s the guy on the left

With a verdict supposed to be announced by 4pm today, the FA released a statement at close of play yesterday to confirm that they do not intend to come to a decision over QPR’s little transfer discretion until Monday evening at the earliest.

The case centres around the club’s purchase of Alejandro Faurlin (the bloke on the left) in July 2009 and, if QPR are found to have breached the FA’s laws on third-party ownership as alleged, then the Hoops could face a hefty points deduction that could end up seeing them stripped of the Championship title and automatic promotion to the Premier League – though a massive fine and/or the postponement of the points deduction until next season looks to be the more likely outcome.

The ongoing wranglings could also effect the dates of the Championship play-offs though if they rumble on long enough while the FA panel continue to mull over the evidence, though QPR have stated that they fully intend to press ahead and present themselves with the Championship trophy after Leeds visit Loftus Road on Saturday.