A bevy of superb goals from Leon Britton, Stephen Dobbie and Darren Pratley were enough to comprehensively write off Forest’s promotion chances for another year at the Liberty Stadium last night after a goalless first-leg.

Each crossbar was thwacked several times though, over the course of two legs, it’s hard to dispute that the better team eventually prevailed – best of luck in the final boyos. 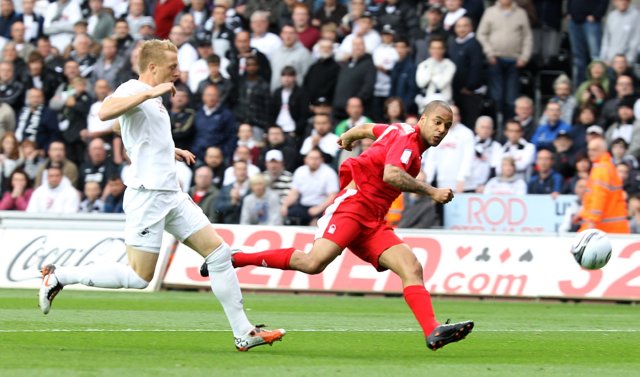 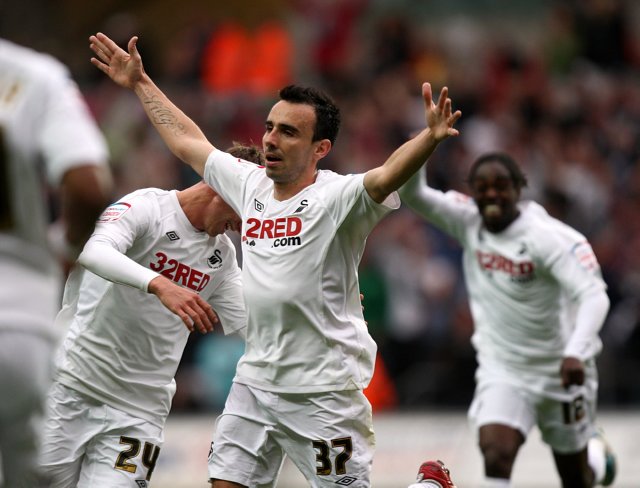 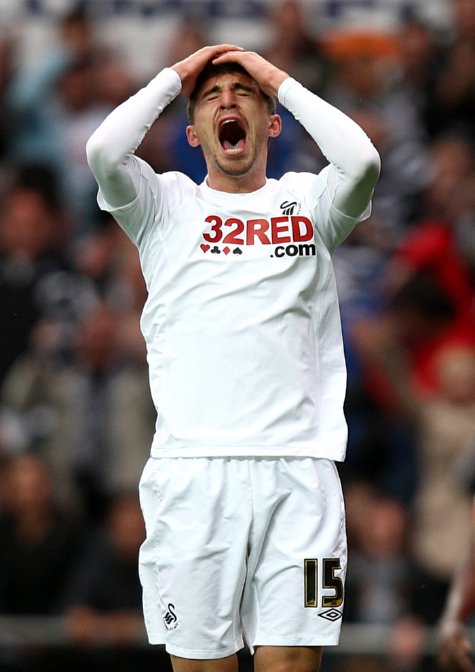 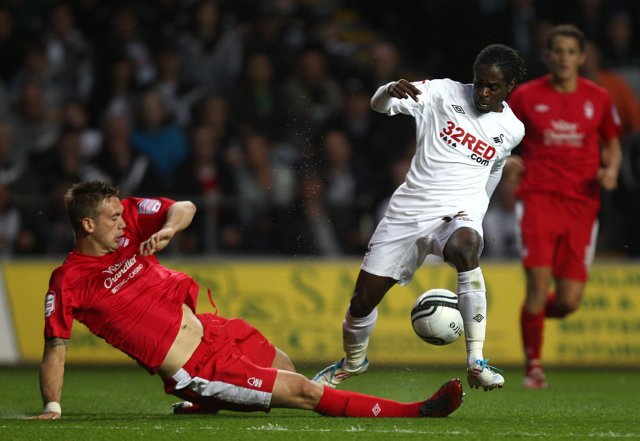 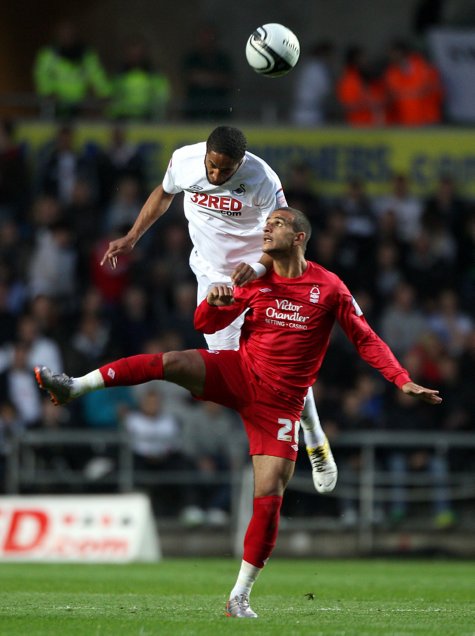 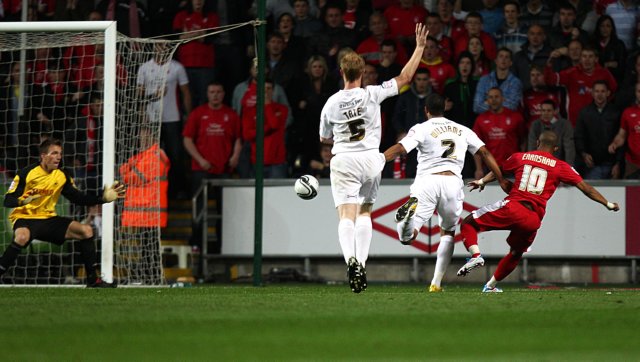 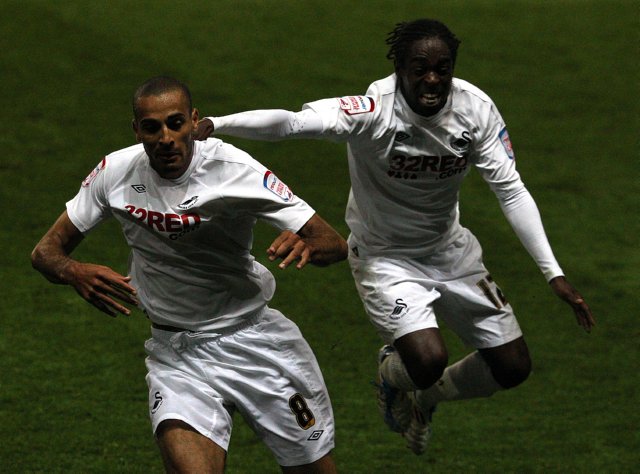 Darren Pratley celebrates putting the Swans three up, rushing clear and belting the ball into an empty net from half-way after Forest ‘keeper Lee Camp went up for a 90th-minute corner 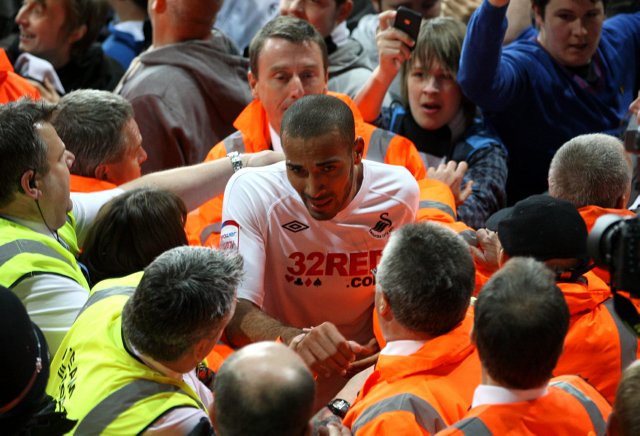 Darren Pratley is mobbed as he attempts to leave the field 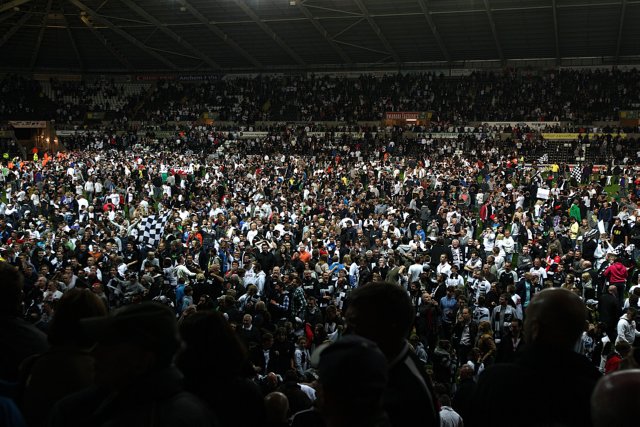 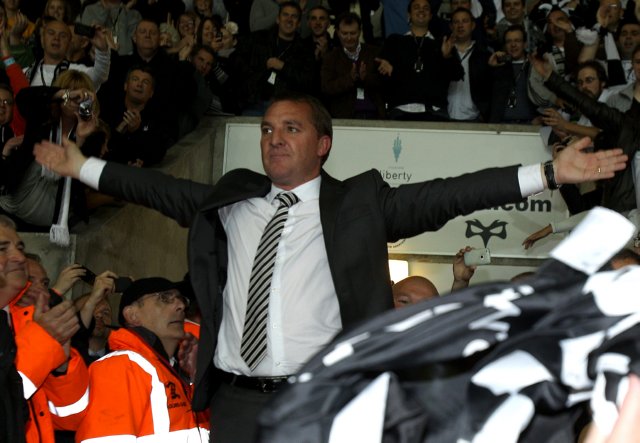