After a goalless first leg, in-form Reading did the business across the border last night to deny/spare us (delete as applicable) an all-Welsh play-off final at Wembley in a fortnight’s time – soundly beating Cardiff 3-0 on the Bluebird’s own patch.

Shane Long opened the scoring for the Royals, capitalising on Stephen Bywater’s cloudy-minded clearance to loop the ball into an open goal, before putting his side two-nil up from the spot after Dekel Keinan blatantly wrestled Matt Mills to the ground on the stroke of half-time.

Jobi McAnuff then completed the evening’s scoring for Reading, paring through the Cardiff defense at a fair old kilter before careening a low shot past the helpless Bywater. 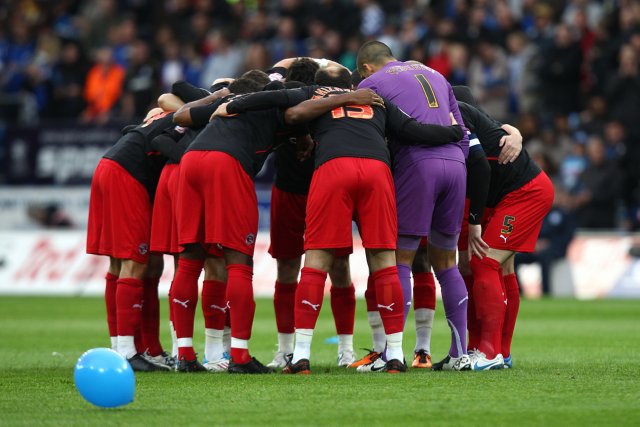 The Reading players huddle before kick-off 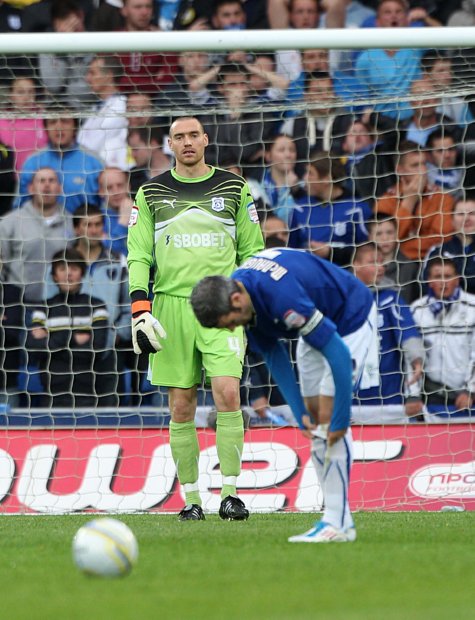 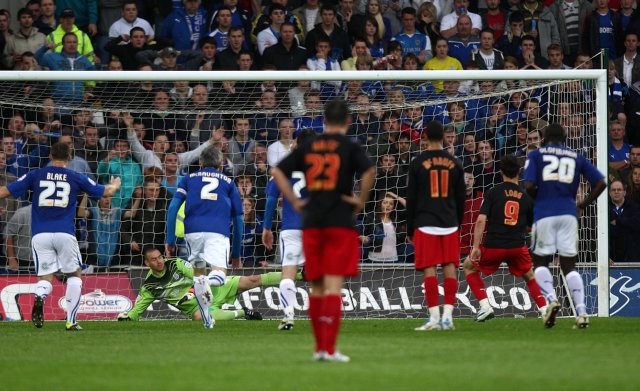 Shane Long puts Reading two-nil up from the penalty spot 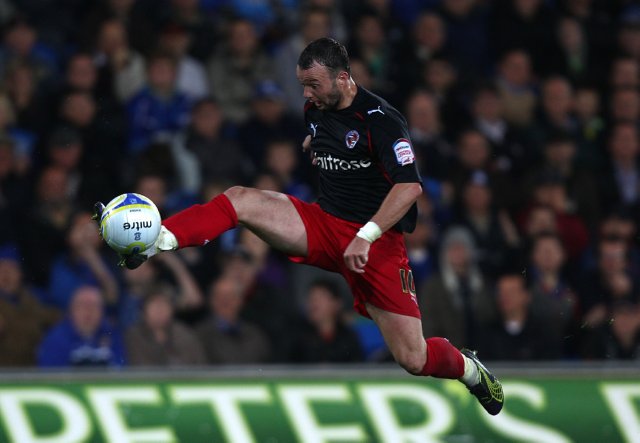 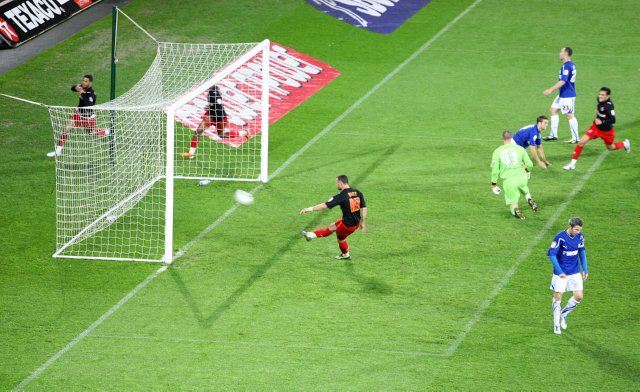 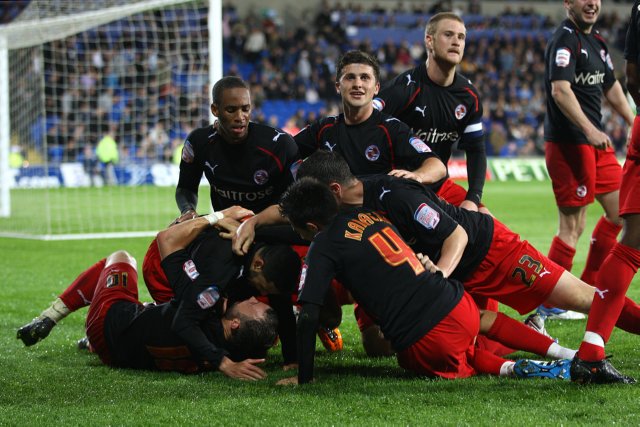 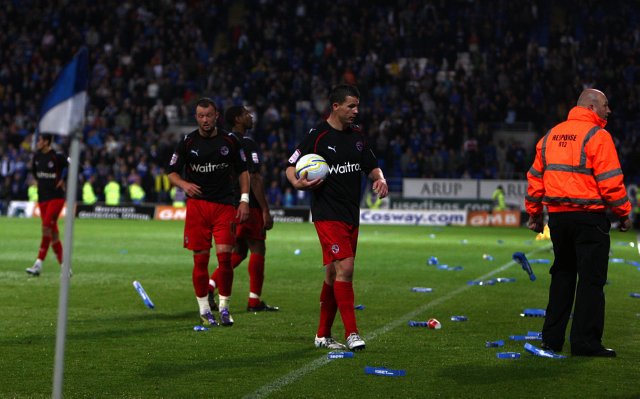 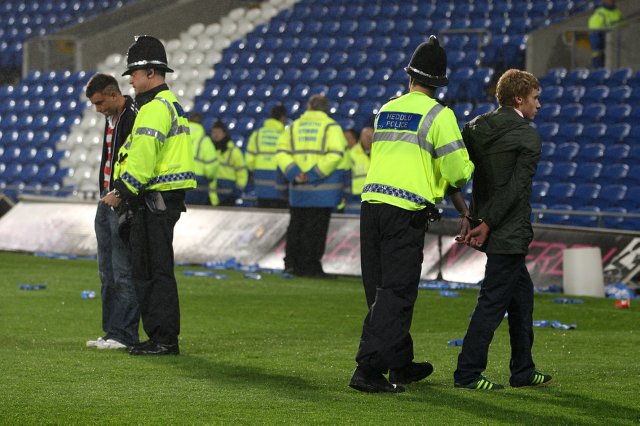 Police escort two fans from the pitch after the final whistle 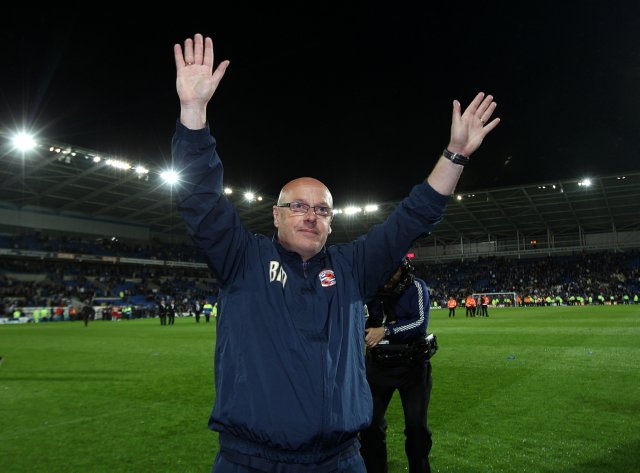 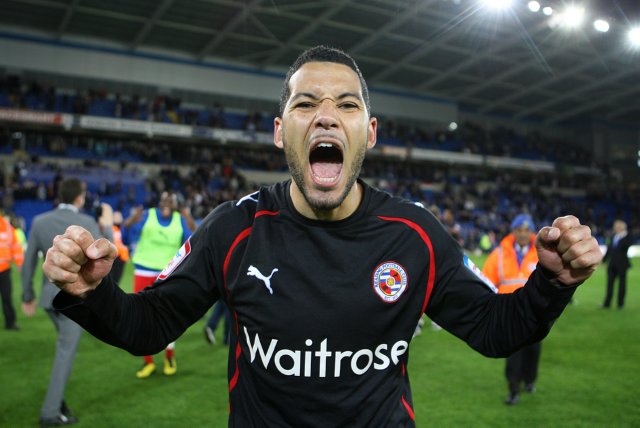