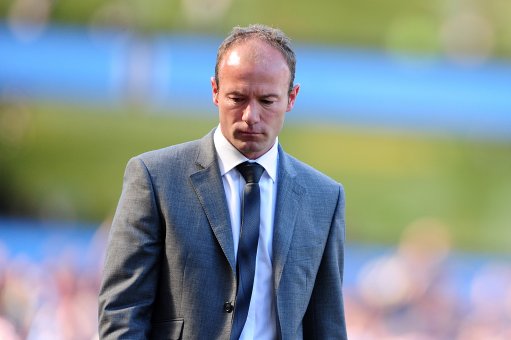 “He’s not turned into a decent manager overnight Gary”

Saints be praised! Dr Alan Shearer will still be proffering forth his studious Alan-alysis to the nation from the Match of the Day settee next season after holding what he described as ‘unsuccessful’ talks (despite somehow becoming the bookies’ favourite to land the job) with Cardiff about taking over as manager of the Welsh club.

Said Shearer via a statement:

“I can confirm that I was one of the candidates that the club spoke to about the vacant position.

“During these talks I was most impressed with the vision, ambition and determination of the owner Dato Chan Tien Ghee and the board.

“Unfortunately, those talks were unsuccessful on this occasion. Cardiff City is a great club and I wish them every success next season.”

Considering that, if his duff warblings on MotD are anything to go by, Shearer appears to have no real grasp of the inner workings of the game that he spent his entire early life playing professionally and that his only previous managerial experience is the 53 days he took to get Newcastle suitably relegated in limp fashion back in 2009, I think the Cardiff board can probably consider this a bullet dodged, no?

As for the Bluebirds’ vacant hotseat, with Shearer out of the frame, it looks like Watford boss Malky Mackay, Roberto Di Matteo, Chris Hughton and St Johnstone’s  Derek McInnes are the four remaining candidates – though two of those names are also said to be high on Birmingham’s wishlist to boot.