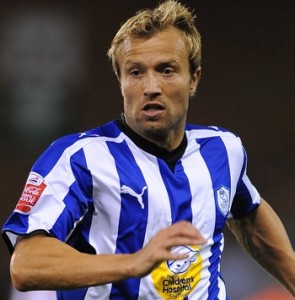 “Gray tried to get him to get up and then he was making sick jokes about Stephen Gately when the people carrying the stretcher were coming on.

“It was pathetic and I wasn’t happy with that and I had to walk away. I don’t think he’d have been making jokes if it was his son or daughter lying on the pitch hurt.

“It was just unprofessional and I don’t know what he was playing at. Aron is a good mate of mine and it’s devastating for him. From what I saw of him on the pitch it wasn’t good.”

Of course, this is Best’s word against Gray’s (though Gray has yet to respond to the allegation), but it’s hardly the sort of thing you’d make up.