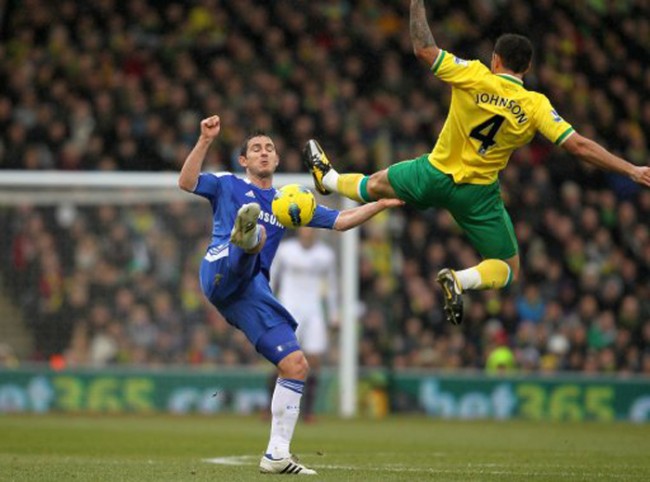 Chelsea failed to make much ground on third-placed Tottenham at Carrow Road on Saturday, after playing out a rather disappointing goalless draw with Norwich City.

The game never really took off, with Fernando Torres struggling once again up front. Indeed, he has now failed to find the back of the net for 11 league games in a row. Norwich’s strikeforce of Grant Holt and Steve Morison did their best to breach the Blues’ backline, with chunky hitman Holt coming close on at least one occasion. However, they too couldn’t break the deadlock

Late on, Chelsea brought on ‘the new Drogba’ ™, Romelu Lukaku, but while impressing up front, the muscular Belgian couldn’t unlock a resolute Norwich defence.

So AVB’s Blues stutter once again, while Paul Lambert and co. will be happy with their first clean sheet of the campaign.