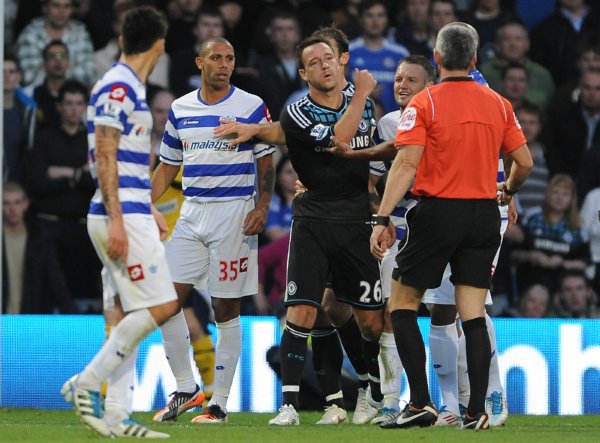 While his club are urging him to, there is still a fair old wodge of uncertainty as to whether Anton Ferdinand will shake John Terry’s hand before QPR’s FA Cup tie against Chelsea at Loftus Road on Saturday.

As you will be all-too-well aware by now, Terry is due to attend a hearing at West London magistrates court four days after the match on charges of racially abusing Ferdinand after referring to the QPR centre-half as a ‘farting black klutz’ or something similar when the two sides met in the Premier League back on October 23rd of last year.

Like the ridiculous farrago that saw Wayne Bridge come over all sorry for himself and refuse to shake Terry’s hand a couple of years ago, Ferdinand is reportedly ready to duck the Chelsea captain’s offer of a handshake when the two squads pass each other before kick-off – which all seems a little selfish and short-sighted as far as Pies are concerned.

As Sepp Blatter – the president of FIFA no less – will tell you, all racism can be settled with a gentlemanly handshake. Is it not in the interests of the greater good that Ferdinand and Terry put an end to all of the game’s ills once and forever?

That said, personally, I wouldn’t shake Terry’s hand. You never know what you might catch.