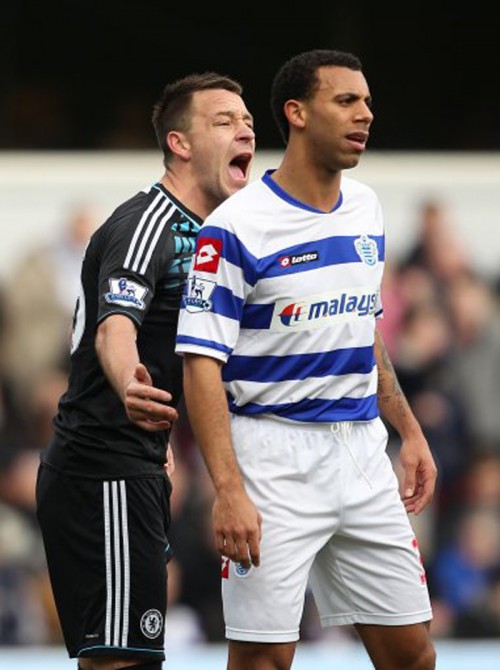 Considering all the pre-match hype concerning Anton Ferdinand and John Terry’s long-awaited reacquaintance, you would have thought that the game itself might have fizzled a bit more. However, instead, it was a flat affair, with Juan Mata outstanding out for all the right reasons, and Daniel Sturridge making a name for himself for all the wrong ones.

With The FA having decided to ditch the usual pre-match handshake and therefore sidestep any Terry/Ferdinand shenanigans, it was straight in to the action, with Mata looking the most likely to score. However, the first half was largely bereft of clearcut chances, with only the Spaniard and Joey Barton conjuring up a couple of rare strikes on goal.

The Blues started the second-half well, eager to break the deadlock, with Sturridge going close before the visitors claimed a penalty after the England man was challenged in the box. Referee Mike Dean waved that shout away but soon after he was pointing to the spot when Sturridge dived after the softest of touches in the box from Clint Hill. Mata converted the spot-kick to give Andre Villas-Boas’ charges a 60th minute lead.

With 15 minutes to go, Brazilian dynamo Ramires was stretchered off with suspected knee ligament damage but the Blues held out to earn themselves a spot in the fifth round of the Cup.

Keep eyes and ears peeled over the weekend to see just how many UK media outlets use the word ‘dive’ when referring to Englishman Sturridge’s appalling ‘fall’.