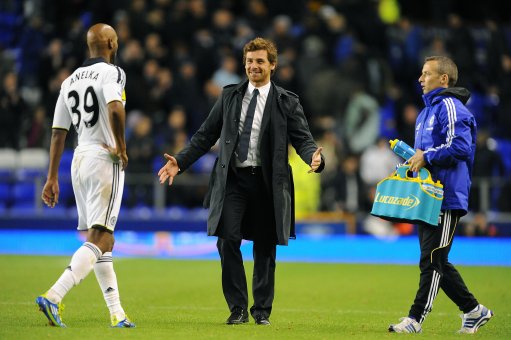 “You see this smile on my face? It’s only for the cameras, okay? I genuinely despise you”

Currently doing a spot of pre-season training in Spain with new club Shanghai Shenhua, Le Sulk, Nicolas Anelka, has described the hell he had to endure during his final days at Chelsea.

Both he and Brazilian centre-half Alex weren’t too keen on signing new contracts with the Blues, much to the anger of manager Andre Villas-Boas, who, according to Mr. Moody Pants, punished his two wantaway stars like a pair of naughty school-kids.

“Ever since I was punished they put me with the youngsters. I’ve got all the kit and equipment that professionals have but they put me in a separate changing room — that’s football for you. One day, you can be there scoring goals and doing all you have to do for your club but the day you leave there is no pity.”

However, the former Arsenal man, who has all too often failed to make the most of his talent, says he’s exceedingly happy with his new club.

“Shanghai is Asia’s New York,” he explained. “I love the way they live here. I often come here on holiday. This is my last contract.”

I wouldn’t be too sure about that, Nic. Another strop and you’ll be off on your travels again, I should coco.