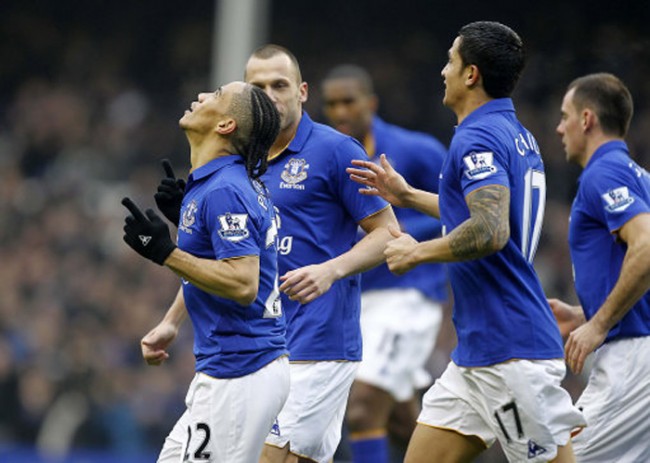 That much-publicised  midweek training ground visit from Roman Abramovich would have done little for Andre Villas-Boas’ confidence ahead of Saturday’s game against Everton. However, after watching his struggling side go down by two goals to nil at Goodison, the Portuguese manager must now be fearing for his job.

The hosts were fully deserving of the victory, with old-boy Steven Pienaar, back on loan from Spurs, blossoming for the Toffees. The South African wideman opened the scoring on five minutes after some poor defending from the Blues, and despite the best efforts of Juan Mata to fashion an equaliser for the visitors, Everton went in a goal up at half-time.

After the break, the home side dominated proceedings, with Argentinian striker Denis Stracqualursi securing the victory on 71 minutes after some fine play from Landon Donovan.

While Everton go 10th, Chelsea now find themselves in fifth, level on points with fourth-place Arsenal but now looking all but certain of a Champions League berth come May.  One wonders if Abramovich has been on the phone to Fabio Capello this week.