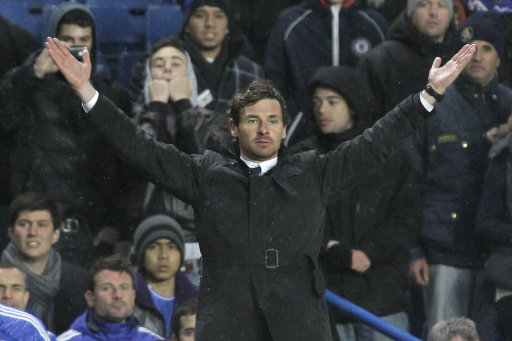 “Just give me money, that’s what I want…”

Ahead of Chelsea’s Champions League last 16 clash with Napoli, a tie which may go some way to deciding Andre Villas-Boas’ future at the club, the Portuguese coach has appealed to the Blues’ board to start being more vocal in their support for his re-building project.

At the pre-match press conference, and with chairman Bruce Buck and chief executive Ron Gourlay both in attendance, Villas-Boas said:

“You have to understand that this club, from 2004 up to now, has made a dramatic change for the best in terms of their past. It’s the richest part of Chelsea’s history, full of trophies and success, and you want to perpetuate that into the future.”

‘To do that, you have to sometimes make changes because you cannot sustain the same habits that you had in 2004, when this environment and team was created to make a winning team.”

‘These words would be more valuable coming from the top. I cannot keep saying them but, as the voice of the club, I will continue to perpetuate this message because this is what we believe in.”

In short, AVB’s still got Mourinho’s old antiques cluttering up the hallways and he wants shot.

Whether this little dig at the men upstairs will undermine his position at the club even more remains to be seen, although AVB is convinced that Roman Abramovich is still behind him. Still, one has to wonder if the Chelsea hierarchy will heed their manager’s words, or simply give him the elbow in the summer.