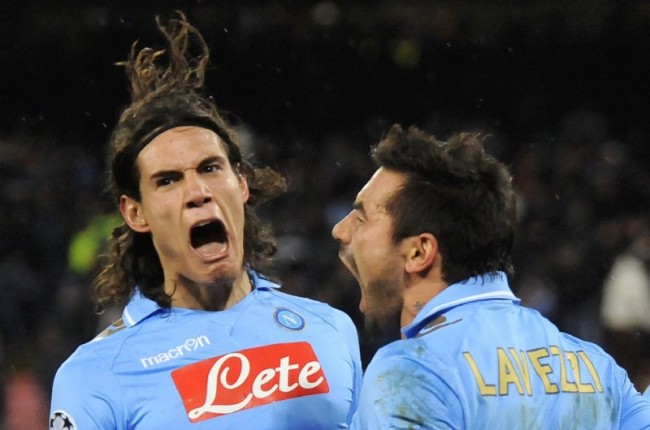 Chelsea got spanked in the Stadio San Paolo in their last-16 first-leg tie against Napoli last night, losing 3-1, which is, in all actuality, not quite as bad-a-result as it first seems. It’s easier said than done and the advantage is comfortably with the Italians, but a 2-0 win at the Bridge will draw them level – which isn’t exactly beyond the realms of possibility.

Andres Villas-Boas whapped a sizeable pair of testicles on the table and decided to omit several of the ‘old guard’, with Frank Lampard and Ashley Cole starting on the bench – a team selection that was labelled ‘career suicide’ by a certain triffickly tight-trousered Sky pundit.

Whereas leaving a vastly-experienced joint-top scorer on the touchlines on a big European night will always look like an iffy call, the counter argument will be that Lampard shouldn’t be usurping Juan Mata in the advanced central-ish role, given that the Spaniard is nigh-on Chelsea’s only source of creative inspiration at the moment. Let’s face it, whatever AVB does at the moment seems like a hiding to nothing.

Anyway, it was Mata that put Chelsea ahead, rolling a side-foot volley past Morgan De Sanctis after half-an-hour, before Napoli farted into life and clawed themselves back level ten minutes later – Ezequiel Lavezzi curling a low shot past Petr Cech from 20-yards.

Edinson Cavani then sent Napoli in at half time a goal to the good by ‘steering in’ Gokhan Inler’s a minute before the break, thought whether he used his arm or his shoulder is up for debate.

It’s not like Chelsea were struggling to forge chances (they had 14 shots to Napoli’s 15) but several opportunities fizzled to nothing before Lavezzi effectively wrapped up proceedings with 25 minutes still left to play – steering past an exposed Cech after Cavani had seized on David Luiz’s naff clearance.

The second leg is set for March 14th. AVB and Chelsea have a steep, craggy foothill (not a mountain) to climb.