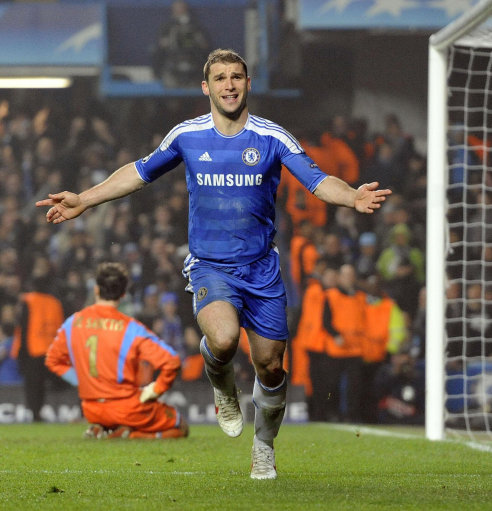 1. Regardless of his winning goal, Branislav Ivanovic had a shocker from a defensive standpoint. Positionally AWOL for long periods and repeatedly lapse and worryingly uninterested when closing down crosses.

2. In a similar vein, Ashley Cole is quickly becoming more of a liability than an asset when faced with pacey, tireless opponents. He is the member of the supposedly obsolete ‘Old Guard’ at Chelsea whose force is fading the most noticeably.

3. Speaking of the ‘Old Guard’, Lampard, Terry and Drogba showed exactly when and where their amassed experience and influence can still be a boon to the club. They’ll all need to be phased out over the next couple of seasons, but as far as isolated, one-off performances in grandstand matches are concerned, they all proved their talents and nous are still invaluable.

4. Had the jobsworth fourth official got his way and successfully forced Ezequiel Lavezzi into taking off his white boxer shorts for contravening UEFA bylaw 45; subsection 3.4.5(a), last night would have been the night we all collectively mourned the death of football.

5. Ramires is unlikely to get many mentions in the write-ups this morning, but his ultra-mobile tackling and closing down (especially in the first-half) was a joy to behold.

6. Feigning injury to ride out a Champions League second-leg? It’s a ‘f**king disgrace.’ Am I right Didier? 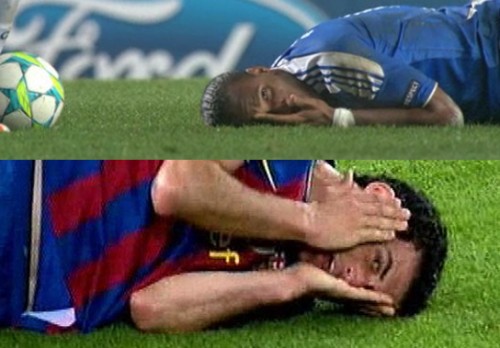 7. In all seriousness, Chelsea were given a relatively easy time of it as extra-time wicked away due to a combination of Napoli being utterly exhausted and the referee doling out a number of – how shall we put this? – charitable free-kicks to break up play. Things could, and probably should have been a lot more frantic.

8. The official line is that Fernando Torres has a ‘psychological problem’, but has anyone actually checked to see if he’s been the victim of a ‘Space Jam-esque’ talent heist? Seriously. There may be a little purple alien running rings around Michael Jordan somewhere with Nando’s long-lost penchant for an early pot-shot glowing inside a Spalding.

9. Granted he wasn’t really given many opportunities to flourish, but Marek Hamsik may just be the second most over-rated player in European football. First, of course, being Hulk.

10. Roberto Di Matteo put in a hell of shift on the touchline, skidding around like a newborn foal on an icy lake while trying to celebrate Terry’s opener in his Italian loafers and then nearly poleaxing several players, including Fernando Torres…

…while launching sneak attacks after the final whistle.

11. It would be remiss to mention that, speaking as a neutral entity, it really was a great game of football we were treated to. Lovely goals, end-to-end action, ridiculously high tempo for the first 105 minutes (Napoli’s work rate was phenomenal up until then) and the fairytale, come-from-behind result that we were all secretly yearning for.