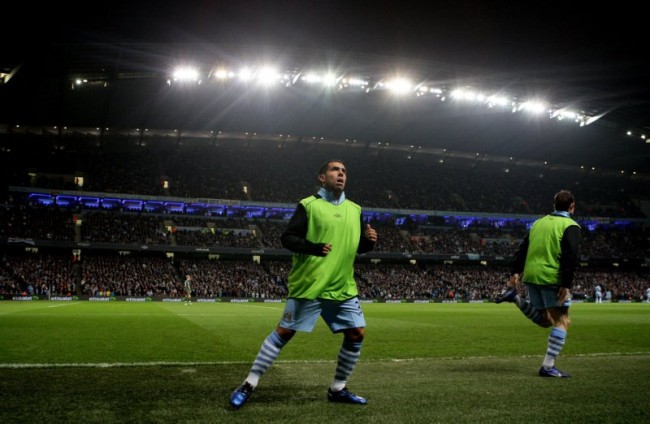 See? That really wasn’t too much to ask, now was it?

Manchester City put their game in hand over Manchester United to good use at the Etihad last night, coming from behind to beat Chelsea and thus take themselves to within one point of their beloved chums at the top of the tree.

Chelsea went ahead on the hour mark when Gary Cahill expertly cannoned a sliced half-volley off Yaya Toure’s heel to wrong-foot Joe Hart, with Sergio Aguero equalising on 78′ from the penalty spot after Michael Essien was penalised for ‘handling’ Pablo Zabaleta’s shot despite being no more than three feet away when the Argentinian pelted the ball at him. It looked harsh, it was harsh – though, as no-one actually knows what the ‘handball’ rule entails any more, a penalty was probably the right decision. Or not.

With 85 minutes on the clock, substitute Carlos Tevez (on for Nigel de Jong) more than made up for six long months of tedious dickishness by doing a little twirly pass thing on the edge of the box that saw Samir Nasri gleefully prance into the area and nudge a finish past Petr Cech to win it for City.