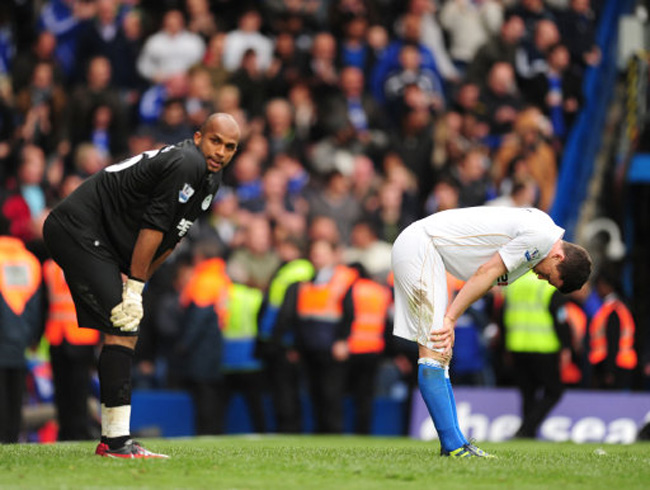 Spanish schemer Juan Mata was the match-winner for the Blues on Saturday, with his last-gasp winner keeping Chelsea in touch with fellow Champions League hopefuls Tottenhan and Arsenal.

However, Roberto Martinez and co. can count themselves very unlucky not to get something out of a game in which they pushed the Blues all the way.

The visitors were impressive in the first-half against a lacklustre Chelsea side and continued to match the Blues after the break. However, just after the hour mark, the home side went ahead courtesy of a hugely controversial goal. Defender Branislav Ivanovic was a mile offside when he fired home after a floated pass from Raul Meireles. However, missed by the linesman, the Serbian’s the goal was allowed to stand.

The Latics kept fighting with Franco Di Santo going close before sub Mohamed Diamé unleashed a superb left-footed strike on 82 minutes which beat Petr Cech in the Chelsea goal. That goal looked to have secured a vital point for Wigan, but then, well into injury time, a superb volley from Fernando Torres came back off the post only for Mata to blast home and win the game for the Blues.

Chelsea move to within two points of Arsenal (who play on Sunday) while the Latics stay in the drop-zone.