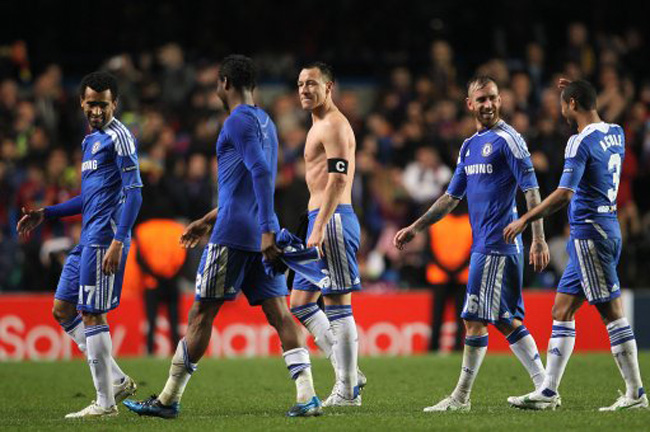 Has John Terry had his beloved captain’s armband tattooed onto his body?

Roberto Di Matteo’s plan to keep Lionel Messi subdued at Stamford Bridge on Wednesday night came up trumps, with both Barcelona and the Argentine imp failing to get on the scoresheet.

The Catalans dominated possession but came up against a superbly disciplined Chelsea side. Cesc Fabregas saw his dink over Petr Cech cleared by Ashley Cole while Alexis Sanchez hit the woodwork.

On the stroke of half-time, however, the Blues broke with Ramires teeing up Dider Drogba who fired past Victor Valdes. The Ivorian spent much of the game diving all over the shop, but his physical presence seriously unsettled Barca at the back.

Late on, Carlos Puyol aslmost headed home an equaliser before sub Pedro hit the post, but Chelsea survived. The Blues still have their work cut out if they’re to come away from the Nou Camp with another good result. However, for now, the west Londoners can celebrate a superb result.