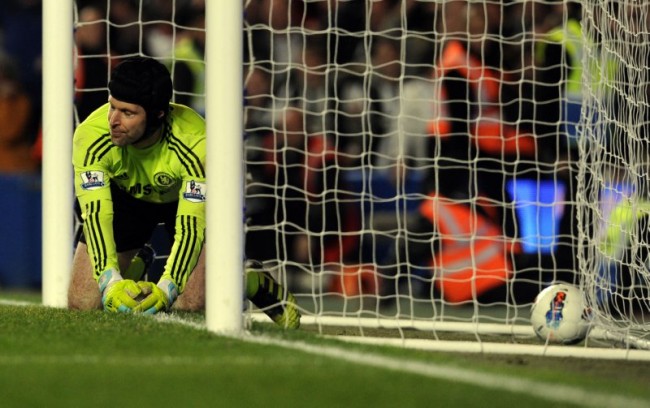 Papiss Cisse maintained his mercurial form with another couplet of slinky goals at Stamford Bridge last night, taking his running total to 13 goals in 12 games as his brace saw Newcastle beat a knackered-looking Chelsea side 2-0 on their own patch.

Cisse put Newcastle 1-0 up on 19 minutes, teeing up David Santon’s rolled pass for himself and swashing a volley past Petr Cech and into the top corner. The Senegalese then upped the stakes with a thunderous second in the fourth minute of injury time, sending an angled, listing, swooping walloper over Cech from 25-yards. It was one of those goals that you just have to see.

The result keeps Toon pushing for the Champions League in fifth with just two games left to play, level on points with fourth-placed Tottenham (with a vastly inferior goal difference) and four points ahead of Chelsea in sixth.