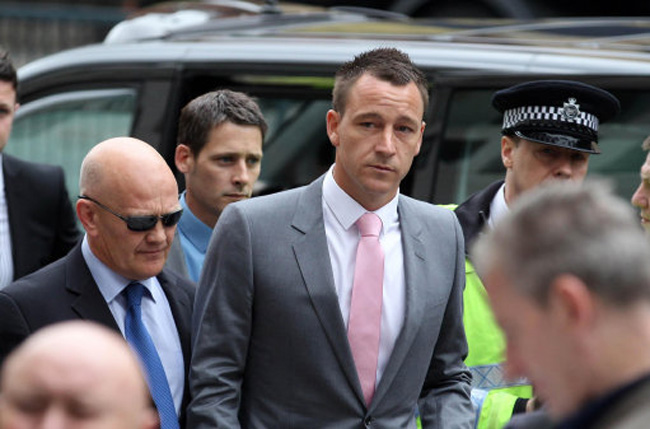 Anyway, so far this morning, the court has heard that JT doesn’t deny calling Ferdinand a “black c***”, but that, according to the Chelsea man’s defence team, it was said “sarcastically”. So there. I’ll leave you lot to debate that and everthing else that follows as the case contines.

Oh, if Terry is found guilty, he could be fined a whopping £2,500. Surely that will bankrupt the poor fella.