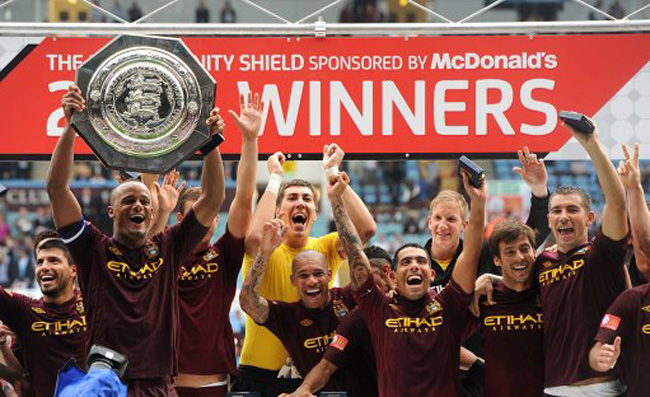 The curtain was well and truly raised by Chelsea and Man City at Villa Park, with the two megabucks teams playing out a very entertaining clash.

Chelsea, starting with Belgian new-boy Eden Hazard (who did feck all), opened the scoring on 40 minutes courtesy of a rinky-dinky finish from Fernando Torres. However, not long after the goal, Branislav Ivanovic was sent off for a high tackle on Aleksandar Kolarov.

After the break, City, with an extra man, took control of the game, with the outstanding Yaya Touré, Carlos Tevez (also superb) and Samir Nasri netting a goal each within a 12-minute burst around the hour-mark.

The Blues did their best to battle back, and sub Ryan Bertrand did get get on the scoresheet late on after ‘keeper Costel Pantilimon made a balls of a simple save. However, ultimately it was City who deservedly lifted the first trophy of the new season.