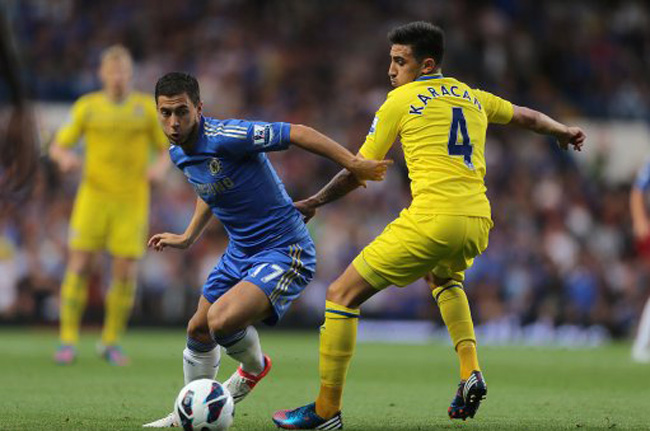 Another pivotal performance from Belgian wing-wizard Eden Hazard helped Chelsea on their way to a second win of the season at Stamford Bridge on Wednesday night. However, Premier League new-boys Reading made a proper game of it, and came close to pulling off a major shock.

Spot-kick veteran Frankie Lamps opened the scoring on 18 minutes with a penalty after Hazard had been felled in the box, but within little more than 10 minutes of that goal, Brian McDermott’s men were ahead, courtesy of goals from Pavel Pogrebnyak and Danny Guthrie. While Pogrebnyak’s first of the new campaign was a fine header, Guthrie’s owed a lot to some dismal ‘keeping from Petr Cech.

Gary Cahill levelled the scores on 69 minutes as the home side started to turn the screw, before Fernando Torres (with more than a hint of offside) and Branislav Ivanovic secured all three points for the Blues late on.

Still, fair dues to the Royals for pushing the European champs all the way.