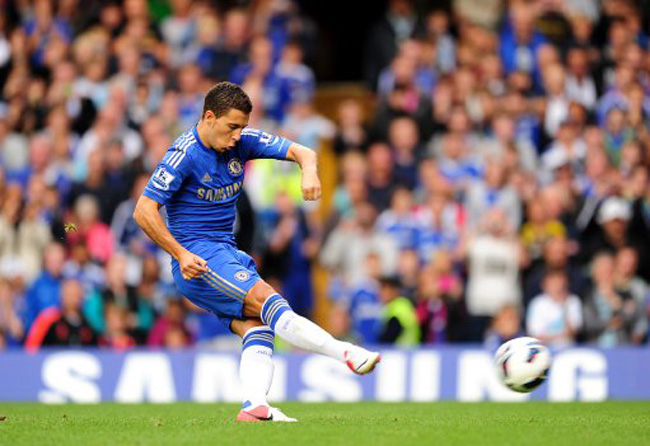 Man of the moment Eden Hazard produced another match-winning performance for Chelsea in Saturday’s tridcy late game against Newcastle.

The Belgian wunderkind scored from the penalty spot on 22 minutes after Fernando Torres was fouled, before setting up the Spaniard himself before half-time.

The Magpies threatened Petr Cech’s goal on numerous occasions, but striker Papiss Cissé and Demba Ba seemed to have left their shooting boots at home.

Chelsea march on, with Hazard already looking like a future player of the season.