A fine player on his day, Chelsea wingman Florent Malouda has seen his stock drop like a stone at Stamford Bridge over the last year. Once a key figure in the Blues’ side, he is now a forgotten man at the club, having failed to secure a move away in the transfer window.

Left out of Roberto Di Matteo’s Champions League squad, Malouda has also been forced to train with the youth team for the season, a decision taken by the coaching staff due to his wantaway attitude. Indeed, according to the club, the disgruntled midfielder failed to leave the club this summer as he was unwilling to take a cut on his massive wages.

32-year-old Malouda, who had been linked to a move to Brazil, sees things rather differently, and Tweeted a photo of the Chelsea U21 headquarters, with the forlorn words “This is where I’ll train for my last season with the Blues!!!” … 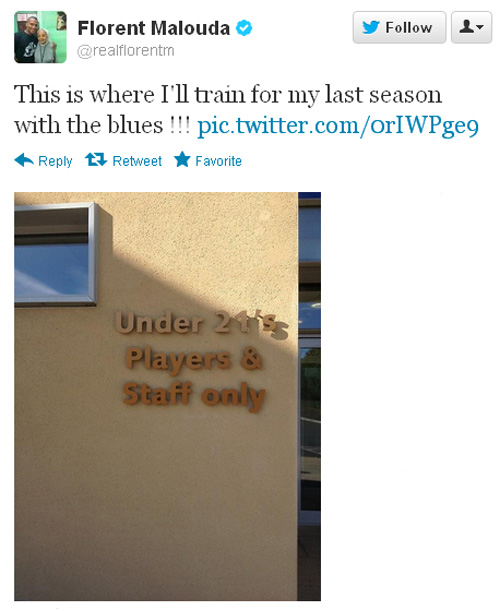 Seems a pity that such a good player has fallen out of favour with the west Londoners. Still, his reported £80,000 a week pay packet should keep his spirits up, eh?