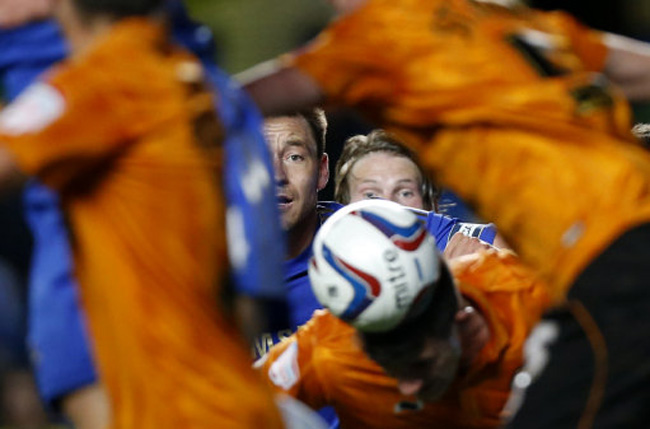 Wolves’ boss Stale Solbakken opted to bring a second string Wolves side to Stamford Bridge on Tuesday night and was made to pay for that decision as the Blues romped home to victory.

All the pre-match talk had been about the inclusion of John Terry, but the former England man had feck all to do on the night, with the home side going in front as early as the fourth minute through Gary Cahill. Ryan Bertrand made it 2-0  just four minutes later, while Juan Mata made it 3-0 before the break.

Roberto Di Matteo’s young side doubled their advantage in the second-half, courtesy of  goals from Oriol Romeu (with a pen), Fernando Torres (he scored!!!) and Victor Moses.  And that was that.