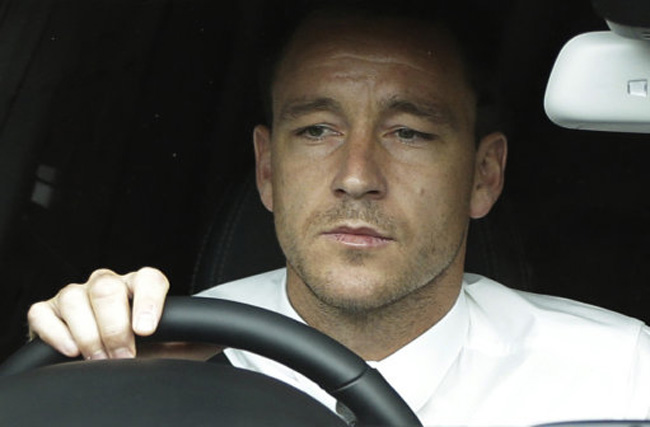 JT on his way in to Wembley this morning.

Ex-England man John Terry may have dodged the bullet in the high court, but today The FA have found the Chelsea man guilty of racially abusing Anton Ferdinand in that infamous game at Loftus Road last season. His punishment? A four-game ban, half the length of the one they dished out to Luis Suarez. Is this fair? I’m not so sure.

An Independent Regulatory Commission has today found a charge of misconduct against John Terry proven and has issued a suspension for a period of four matches and a fine of £220,000, pending appeal.

[Mr Terry was charged] on Friday 27 July 2012 with using abusive and/or insulting words and/or behaviour towards Queens Park Rangers’ Anton Ferdinand and which included a reference to colour and/or race contrary to FA Rule E3[2] in relation to the Queens Park Rangers FC versus Chelsea FC fixture at Loftus Road on 23 October 2011.

The decision of the Independent Regulatory Commission is as follows:

Terry has 14 days to appeal.

Obviously, the major bone of contention – as mentioned previously – will be the fact that Suarez was given a ‘double scoop’, i.e, eight games in the cooler (plus a report into the incident) for what appears to be exactly the same offence on the surface. We await to hear the FA’s explanation of that little cookie with bated breath.