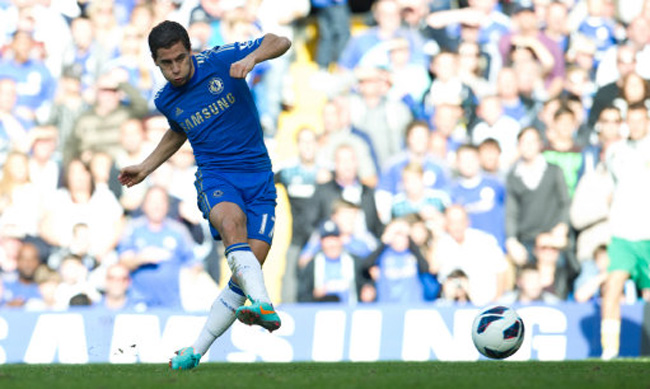 With both John Terry and Ashley Cole in the starting 11, Chelsea demolished visitors Norwich on Saturday afternoon, banging in four goals to go four points clear at the top of the table.

Chunky hitman Grant Holt had given the Canaries the lead on 11 minutes, but the Blues were level within three minutes, courtesy of Fernando Torres. Frankie Lamps and Eden Hazard had made it 3-1 by half-time, as Roberto Di Matteo’s side outplayed the visitors.

Hazard, Oscar and Juan Mata were all in superb form and after the break, Branislav Ivanovic fired home a fourth on 76 minutes to give the Blues a deserved easy win. While Chelsea look comfortable at the top of the table, Chris Hughton’s Canaries now find themselves second from bottom with just three points from seven games. One wonders if he’ll still be in charge come Christmas.