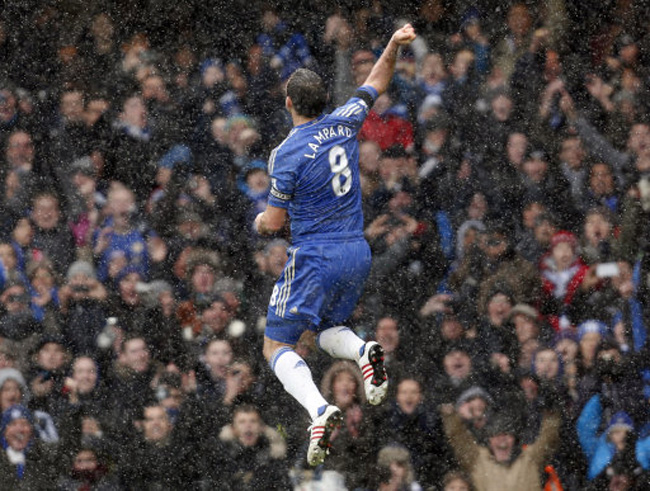 In what was a genuine ‘game of two halves’, Chelsea came out on top against an Arsenal side who roused themselves in the second period after a dreadful first 45 minutes.

It could (possibly) have been very different had Olivier Giroud put away a great chance early on. However, instead, the Blues raced up the other end of the pitch where Juan Mata showed the French striker how it should be done. To be fair to the Gunners, in the lead up to the goal, Francis Coquelin had been blatantly fouled by Ramires, something which the well-placed Martin Atkinson ignored for some reason.

However, the Blues were totally dominant in the first-half, with Oscar, Eden Hazard and Mata running rings around the Arsenal midfield. A second-goal was coming and eventually it arrived, but only after Wojciech Szczesny was adjudged, arguably harshly, to have brought down Ramires in the Arsenal box. The Pole received a yellow card before Frankie Lamps banged home the penalty.

After the break, the Gunners were a totally different animal, and pushed and pushed for a goal, which eventually came courtesy of the £100,000 man Theo Walcott. The attacker had been the Gunners’ most dangerous looking player throughout and his calm finish, after being put through by Santi Cazorla, was reward for a decent performance.

However, despite the pressure, Arsenal couldn’t find a second while Chelsea almost made it 3-1 courtesy of sub Demba Ba. But in the end, the home side were deserved winners and stay in touch with the top two in the table.

Arsenal, on the other hand, continue to like a side who will struggle to make the top four. With Bacary Sagna looking a shadow of his former self and Giroud lacking that world-class clinical ability, Arsene Wenger has a big challenge on his hands to secure another Champions League berth come May.