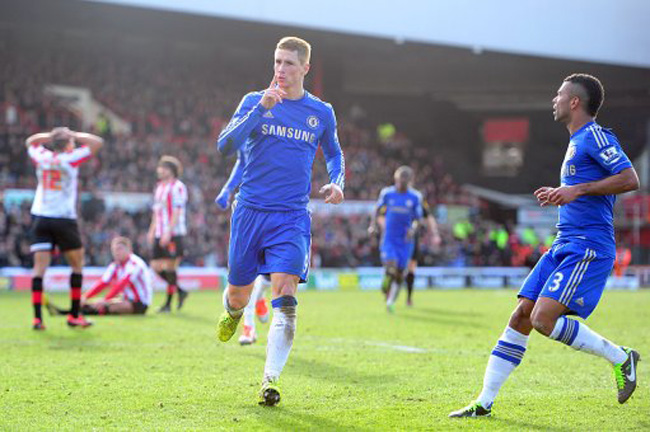 It took a late equaliser from Fernando Torres to spare Chelsea’s blushes at Griffin Park on Sunday. The much-maligned Spaniard struck on 83 minutes after the Premier League side had been pushed all the way by a superb Brentford performance.

On a rather dodgy pitch, the Bees started the better of the two sides, going close a few times before Marcello Trotta finally opened the scoring on 42 minutes, after the nervy Ross Turnbull had parried an effort from Harry Forrester.

After the break, Rafa Benitez’s men improved and drew level, courtesy of a fine effort from Oscar, on 55 minutes. However, the League One side rallied and took the lead again, this time through Forrester from the penalty spot.

However, with the away fans directing their frustration at Benitez, and time running out, up popped Torres to fire home a superb curled effort to level the scores and take the tie back to Stamford Bridge.