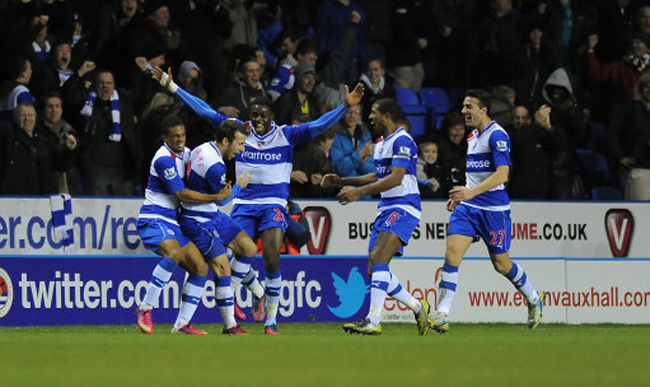 The knives will surely now be out for Rafa Benitez after his Chelsea side threw away a two-goal lead in the dying minutes against Reading.

Juan Mata opened the scoring on the stroke of half-time, but only after the Blues had rather toiled against the Royals.

After the break, Rafa’s charges pushed for a second goal and were eventually rewarded when Frank Lampard headed home from a Mata corner.

The home side had rarely troubled Ross Turnball in the Chelsea goal but the introduction of Adma Le Fondre changed all that. The striker fired home from a Hope Akpan’ pass on 87 minutes before rescuing a precious point for Brian McDermott’s side in injury time courtesy of a volley at the back-post.

Chelsea stay third, six points behind third-placed Man City while Reading move out of the relegation zone on goal difference.