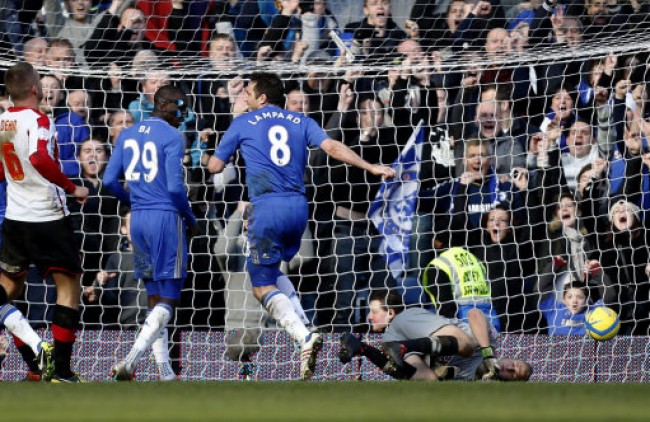 While it may have taken the home side until the second period to finally open the scoring against Brentford, from start to finish Rafa Benitez’s men where comfortably in charge of this FA Cup tie.

The Blues did come close to opening the scoring in the first-half, with the impressive Oscar at the centre of most of the west Londoners’ best passages of play. Although the visitors had a right to feel aggrieved after referee Neil Swarbrick blew for a foul (in Brentford’s favour) just before Marcello Trotta fired home past Peter Cech. However, the goal did eventually come for Chelsea on 54 minutes, courtesy of a good strike from Juan Mata.

Goals from Oscar, Frank Lampard (becoming the Blues’ all-time FA Cup top-scorer)  and John Terry followed as the gulf in class showed although the Bees did have their occasional moments, with Adam Forshaw and Claytom Donaldson going close.

Chelsea deservedly go into the last eight while the Bees buzz off back to their quest for a League One play-off place.