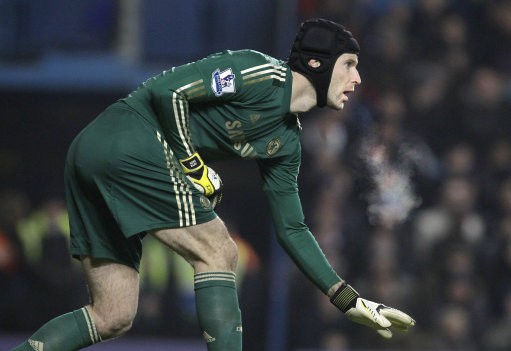 It’s hard to argue that Roman Abramovich’s chop-and-change approach to football club ownership hasn’t worked at Chelsea, with the club going from Premier League also-rans to Champions League winners during the Russian’s ten-year tenure at the Bridge and, having seen Arsenal fall seven points behind their beloved next-door neighbours yesterday, Petr Cech has been wondering out loud as to whether adopting similar methods might benefit the Gunners.

“People say that if there was more stability with the manager at Chelsea we would have had more success but I’m not sure that is right.

“In the last nine years we have won more or less the same number of trophies as Manchester United. They have had one manager in that time – we have had eight.

“We do it our way, other clubs do it their way. Arsenal have had the same manager and they haven’t won anything for a long time.

“Maybe if you asked them they might say they would rather have had 10 managers and six trophies, I don’t know.”

It’s pretty much impossible to know whether the “itchy trigger finger” method would work at Arsenal without actually seeing it action, though the main difference would obviously be that, while Chelsea have a bajillisquillion disposable oligarch dollars set aside for hiring, firing and paying-off their endless succession of short-term managers, Arsenal’s business plan more resembles a script from an episode of “The Good Life”.

Assuming, say, a Middle East consortium staged a £1.5billion takeover of the club and money was no object, would the Gooners out there prefer to see their club can the incumbent and begin tearing through managers to start picking up silverware again or would you prefer to see Arsene Wenger allowed to finally rebuild a proper squad in the image of his Invincibles over the course of a few more trophy-less seasons?

How desperate are you?