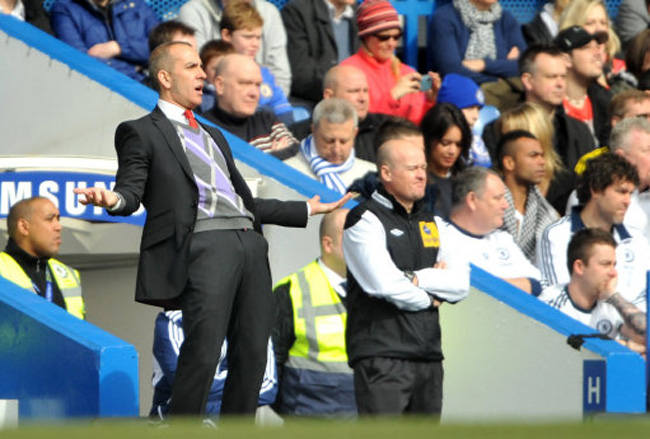 Paulo Di Canio reign at Sunderland started with a defeat on Sunday, although the Italian would probably have expected to come out second best at Stamford Bridge.

The Black Cats did manage to get their noses in front on the stroke of half-time, but only after Cesar Azpilicueta had put through his own net after a corner.

However, in the second-half the Blues superiority started to show, with Oscar’s shot on 47 minutes deflecting in off Matt Kilgallon for the second OG of the day.

Branislav Ivanovic then put the home side ahead eight minutes later after diverting a David Luiz effort past Simon Mignolet. And that was that.

Chelsea move back into third, ahead of Spurs on goal difference while Sunderland are now just kept out of the drop-zone courtesy of goal difference. Paulo has it all to do.