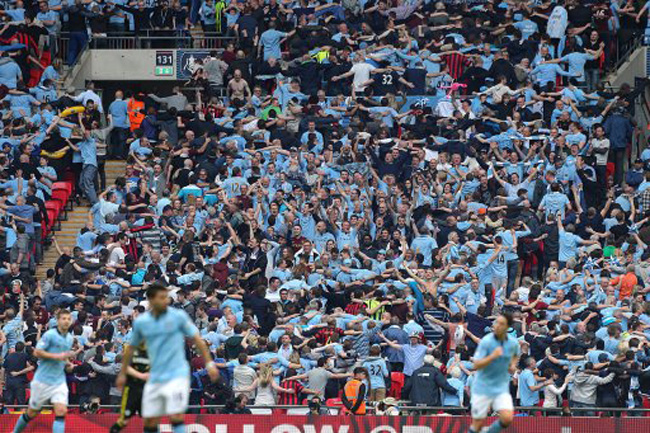 On the day that Man Utd tightened their grip on the Premier League title, Man City kept alive their hopes of winning some silverware this season by beating Chelsea at Wembley in an entertaining clash.

Goals either side of half-time from Samir Nasri and Sergio Aguero had given the Citizens a deserved lead against a Blues side without the services of Frank Lampard and John Terry who were both left on the bench.

However, a superb strike from Demba Ba kickstarted the Blues who battled hard to get back on level terms with City.

Fernando Torres had been sent on just before the Chelsea goal and the Spaniard was a thorn in the side of the City backline. Indeed, he should have won a penalty for his side when he was impeded in the box by Vincent Kompany.

Sergio Aguero, scorer of City’s second goal should have seen red for a dreadful challenge on David Luiz and Torres could also have gone for a retaliatory foul on Aguero as the game reached boiling point. But ultimately, the Citizens held on for the win.

Wigan now await in the final for City while Rafa Benitez and co. can now focus on battling for a top four berth.