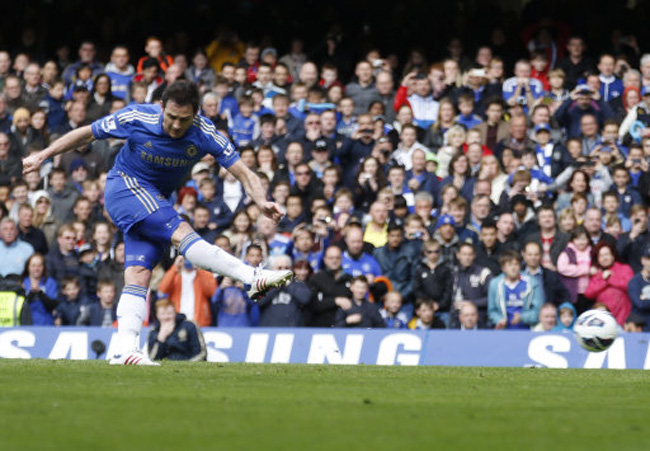 Coming on for the injured Ramires after just 24 minutes, Chelsea legend Frankie Lamps inspired his side to a vital win that keep the west Londoners on track for Champions League football next season.

Brazilian schemer Oscar opened the scoring on 43 minutes, firing home after being set up by Lampard before the man himself netted from the penalty spot just two minutes later after Juan Mata was felled in the box.

Swansea offered little going forward overall while referee Mark Clattenburg will be satisfied with a drama-free afternoon on his first return to the location of his infamous racism row.

Rafa Benitez’s men go third, a point ahead of Arsenal, who have played a game more. The Swans, on the other hand, continue to enjoy the stress-free environs of the middle of the table.