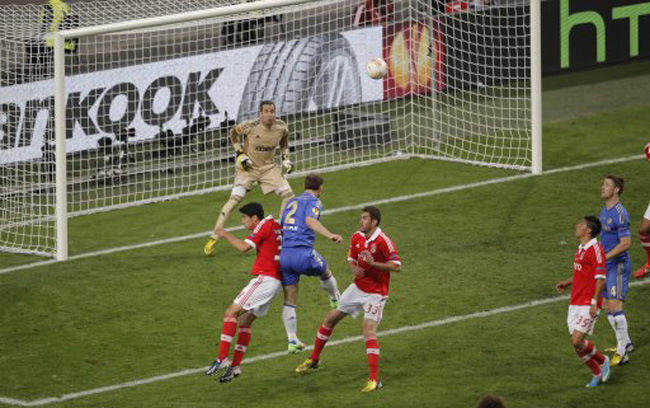 In lifting the Europa League trophy in Amseterdam last night, Chelsea became the first side ever to hold both that title and the Champions League title at the same time.

Branislav Ivanovic was the goal-hero for the Blues, heading home at the death from a Juan Mata corner to secure a win which came despite Benfica having the majority of the best chances. Indeed, the Super Eagles were super wasteful throughout the game with the highly rated Nicolas Gaitan particularly guilty of fluffing his lines in front of goal.

Fernando Torres opened the scoring on the hour-mark, outmuscling the Benfica defenders before rounding goalie Artur to slot home. However, the Portuguese side were level soon after, with goal-machine Oscar Cardozo converting a spot-kick after Cesar Azpilicueta had handled in the box.

With the game headed towards extra-time, there was one last sting in the tail for Benfica, with Ivanovic heading home superbly to finish Rafa Benitez’s stormy time in charge at Chelsea in style.

As for Benfica, they have now lost their last seven European finals in a row.