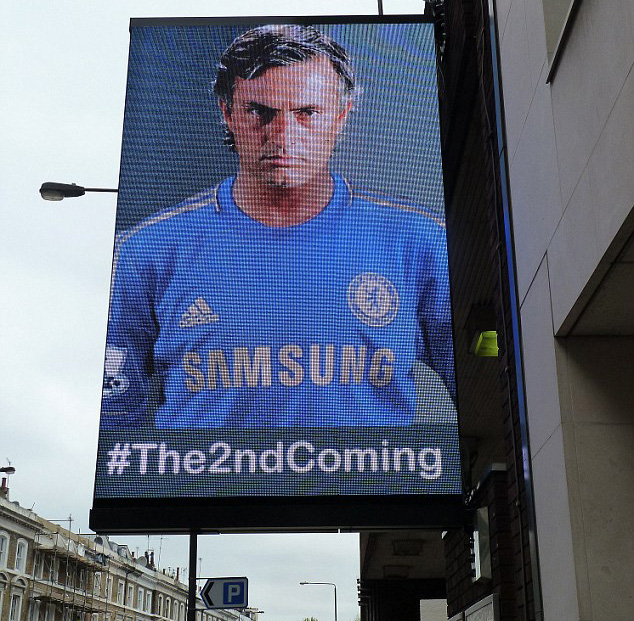 Twitter was awash with photos of Jose Mourinho in Chelsea shirt today, after a digital billboard in west London showed the soon-to-be-departed Real Madrid boss in a familiar blue top, along with the hashtag #The2ndComing.

However,  fans’ excitement at the apparent imminent arrival of the Special One was soon dampened when it was revealed that the advert was nothing more than cheeky little PR stunt by digital media sales folk Daylite LED.

Fair dues to them for the clever publicity-grabbing ploy. Although, with Mourinho now officially on his was out of the Bernabeu, Stamford Bridge does still remain his most likely destination.

If he does come back to west London,  I wonder if all Chelsea fans will be happy? Will there be any dissenting voices?