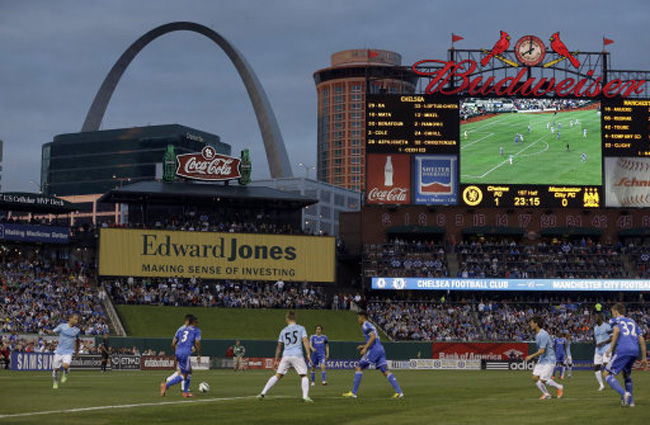 The echo of the last referee’s whistle of the season has only just faded but already Man City and Chelsea are off on a money-spinning tour of the US of A.

At the Busch Stadium in St, Missouri, the two Premier League giants provided the locals with a seven-goal thriller, with the Cizitens coming from three goals down to win 4-3 in extra-time, courtesy of a goal from Micah Richards. Demba Ba, Cesar Azipilcueta and Oscar were the scorers for the Blues, with Edin Dzeko bagging a brace before Richards’ late winner.

The game also saw squad players such as Blackman, Christensen, Loftus-Cheek and Ake (for Chelsea) and Wright, Rekik, Boyaka and Huws (for City) all given a run-out.