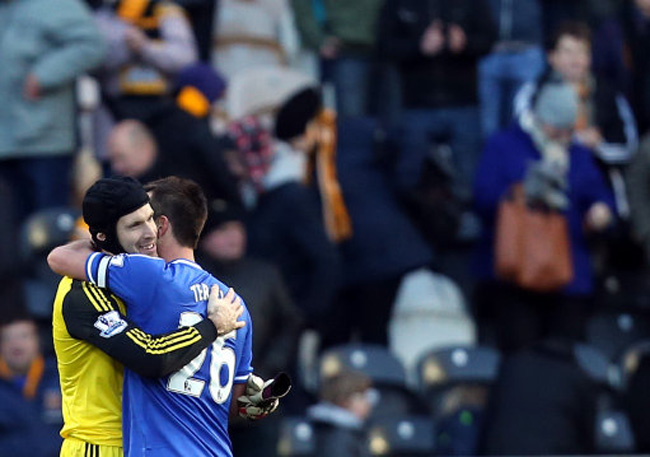 With Arsenal and Man City not playing today, Chelsea took their chance to go top of the table after a good win away at Hull. Eden Hazard opened the scoring just before the hour-mark, courtesy of a low shot which beat Allan McGregor before Fernando Torres sealed the deal late on. The Tigers worked hard against Jose Mourinho’s men but couldn’t find a goal in what was, for the most part, a scrappy game. The Blues go top, one point ahead Arsenal who play on Monday, while Steve’s Bruce’s Hull stay 10th.