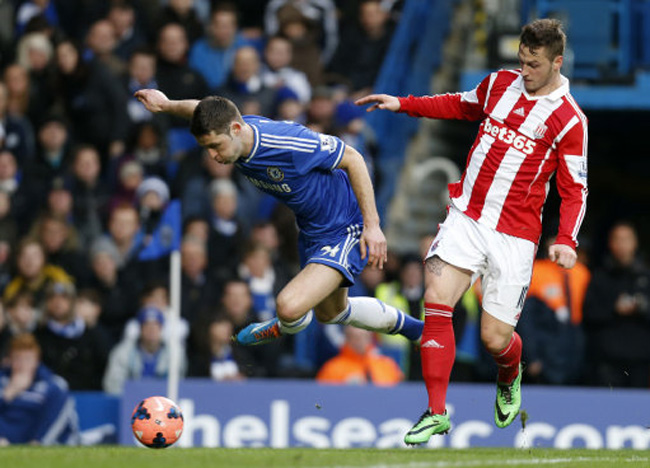 A superb free-kick from pint-sized playmaker Oscar secured safe passage into the fifth-round of the FA Cup for Chelsea after a thoroughly dominant performance against Stoke. The home side bossed the game and really should have scored more, with Samuel Eto’o, Andre Schurrle and the superb Eden Hazard all going close while new-boy Nemanja Matic impressed on his (second) debut for the west Londoners. The Potters did create a few chances but overall they were well beaten.