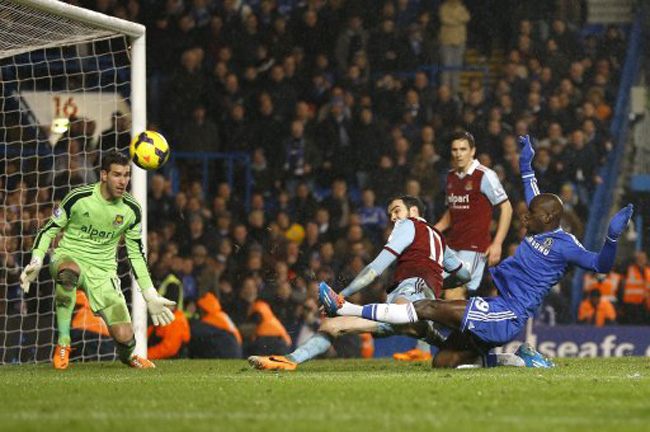 King of the bus-parkers Jose Mourinho was left frustrated by West Ham’s very own bus-parking performance on Wednesday night, with Sam Allardyce’s charges securing an unlikely point at Stamford Bridge. The Blues totally dominated the game, but just couldn’t a goal, with John Terry, Oscar and Demba Ba among others going mighty close.

Late on, Samuel Eto’o thought he had broken the deadlock, when he nipped in to the pinch the ball off ‘keeper Adrian, but the goal was disallowed while the Brazilian shot-stopper was called into more action late on, producing a number of superb saves at the death.

The results sees the Blues go three points behind Man City and two behind Arsenal while the Hammers move to within two points of safety.