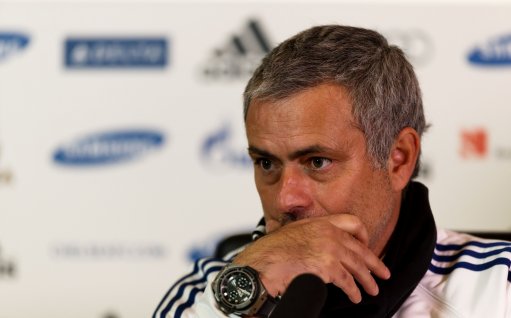 Jose Mourinho did his darndest to deflect attention away from his Chelsea side after the failed to register with any of their 39 shots against a defiant West Ham at Stamford Bridge last night.

True, it didn’t make for much of a spectacle, but Sam Allardyce’s Hammers successfully shut up shop from minute one and went on to avoid slumping to their 14th defeat in 17 meetings against the Blues.

Whereas the goalless stalemate was a victory of sorts for West Ham, Mourinho was left frustrated by his team’s failure to make inroads and, as is his wont, duly set about deflecting all the attention away from his troops after the game – passive-aggressively ‘complimenting’ Large Samuel on “getting the point he came for” and playing football from the “19th Century”.

“It is very difficult to play a match when only one team wants to play. Football matches are about two teams playing but because West Ham needed points they came here the way they did.

“Is it acceptable? Maybe yes. I don’t want to criticise too much because if I was in their position I don’t know if I would do the same. But at the same time this is not football from the Premier League, the best league in the world, this football from the 19th Century.

“I am happy with my players. Especially in the second half the West Ham goalkeeper saved a lot but also other players without gloves, they saved a lot. They had five defenders who looked more goalkeepers than defenders.”

Yes, this is Jose Mourinho accusing a fellow manager of parking the bus and deliberately playing anti-football. The hypocrisy is strong in this one.

Now, it just so happens that Allardyce was interviewed after Mourinho and was duly informed of the Chelsea manager’s comments, to which he duly replied (as quoted by the Guardian):

I love to see Chelsea players moaning at the referee, trying to intimidate the officials, and José jumping up and down in his technical area. It’s great to see.”

“Out-tactic-ed” is a particular favourite. The man’s a genius. 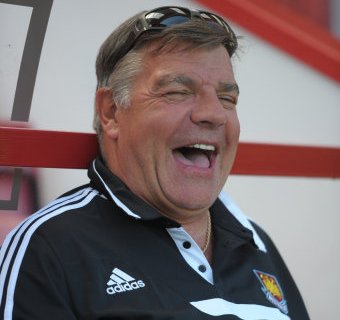